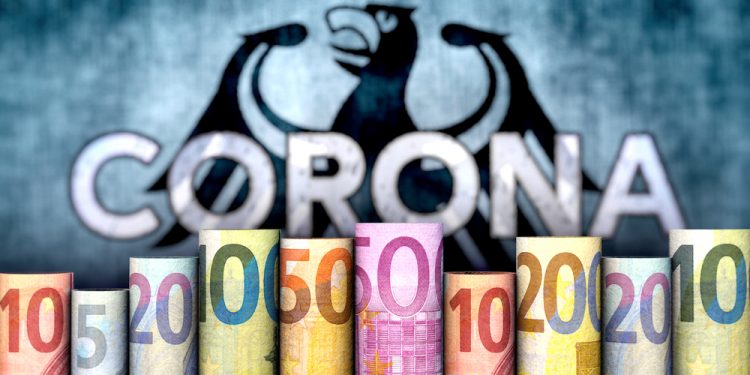 The coronavirus and the costs for it in Germany

The Committee approved a plan worth close to 180 billion euro, the second highest since WWII.

MP Eckhardt Rehberg stressed the plan was of vital importance to ensure the country weathers the pandemic, arguing that in the current circumstances applying the debt brake rule should take a back seat to economic recovery.

Germany’s constitutional debt brake rule restricts the federal budget deficit to 0.35% of GDP, which Germany suspended this year as part of efforts aimed at cushioning the impact of the coronavirus crisis. Suspension of the rule opened the way to taking on new debt worth up to 218 billion euro for the purpose of funding aid measures.

Government sources maintained that it was unlikely the full amount would be needed.

Chancellor Angela Merkel’s government has directed billions of euro to assist businesses this year as part of efforts to avert economic decline.

Having decided to extend the lockdown measures aimed at controlling the pandemic, requiring many service sector enterprises to remain closed until late December, the government announced that it would be extending financial support to affected businesses as well.

In September, Finance Minister Olaf Scholz was planning on a debt level of 96.2 billion in 2021, which the Budget Committee has now agreed to increase to 179.82 billion.

MP Sven-Christian Kindler welcomed the new plan, stressing that austerity measures were incapable of pulling the country out of a crisis. Government estimates indicate that GDP will drop about 5.9% this year, with a growth of 4.4% to follow in 2021.

According to the expanded aid plan, child allowances will go up and the solidarity tax introduced some 30 years ago will be suspended, two measures which should provide relief for many households. Kindler did criticise the budget plan, however, claiming that it leaves the unemployed and entrepreneurs “out in the rain” and does not put enough focus on investments for a climate-neutral economy.