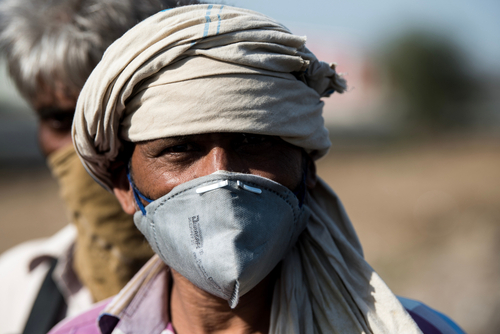 Brussels (Brussels Morning) German Chancellor Angela Merkel announced on Wednesday that the country will do its best to help Afghans who cooperated with German authorities leave the country after the 31 August deadline.

“The end of the air bridge in a few days must not mean the end of efforts to protect Afghan helpers and help those Afghans who have been left in a bigger emergency with the takeover of the Taliban,” she noted in the parliament, according to Reuters reporting on Wednesday.

Merkel added that the government is looking for ways to “protect those who helped us, including through the civilian operation of the airport in Kabul.”

NATO allies, including Merkel’s government, have come under fire for the botched withdrawal from Afghanistan as they failed to assess the situation in the country correctly and were taken aback by the Taliban offensive.

As a result, Merkel’s party has been losing support, with the federal election slated for 26 September. Merkel suggested that Germany and its EU and NATO allies should learn from the Afghanistan debacle to avoid similar situations in the future.

She noted that Germany will not “shy away” from engaging the Taliban in talks, adding that the Taliban takeover of the country was “bitter but we have to deal with it,” according to DW reporting on Wednesday.

“Even if it doesn’t look like it in this bitter hour, I remain convinced that no force or ideology can resist the drive for justice and peace,” she opined and urged other countries to maintain communication with the Taliban.

Commenting on the botched withdrawal, Merkel asserted that evacuations could not have started earlier because the move would have eroded public trust in the government of Afghanistan.

Dietmar Bartsch, head of The Left party, noted that the “failed Afghanistan operation” was the “lowest point” in Merkel’s 16-year chancellorship. Social Democratic Party leader Rolf Mützenich called for an investigation into the authorities’ handling of the withdrawal, while The Greens’ candidate for chancellor Annalena Baerbock described the withdrawal as a “foreign policy disaster.”