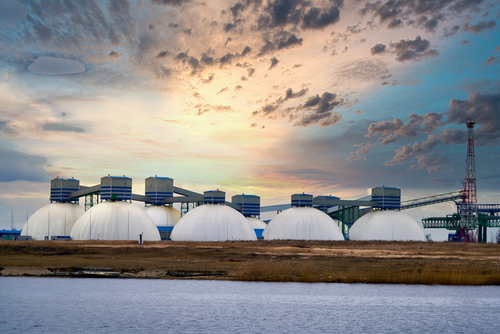 The first of five new LNG terminals is to be completed this winter near Wilhelmshaven, according to France24 reporting on Sunday.

The five new terminals will have capacity of roughly 25 billion cubic metres annually, which is approximately 50% of the capacity of Nord Stream 1 gas pipeline.

These will be the first LNG terminals in Germany, which thus far relied only on cheap natural gas imported from Russia via pipelines.

Since the war in Ukraine broke out, Germany has been planning to diversify its supply of natural gas. Last month, German Chancellor Olaf Scholz signed a LNG supply deal with the United Arab Emirates as part of Germany’s efforts to find new suppliers.

Holger Kreetz, COO of German power utility Uniper and head of the project near Wilhelmshaven, pointed out that the terminal should be completed “this winter.”

“Normally, a project like this takes us five to six years,” he noted and pointed out that work on the new terminal is progressing quickly.

Opposition to the project

While some locals welcome the project, noting that deindustrialisation pushed the unemployment rate to 10% and stressing that the project will create jobs, environmental activists oppose it.

Activists from the Ende Gelände (EG) environmental group blocked the construction site near Wilhelmshaven for one day in August, while environmental group Deutsche Umwelthilfe (DUH) warned the project would “irreversibly destroy sensitive ecosystems as well as endanger the living space of threatened porpoises.”

Environmental activists also expressed concern that the terminal could be used to import LNG produced in the US from fracking.

However, Robert Habeck, German Minister for Economic Affairs and Climate Action, dismissed the concerns of environmental activists and stressed the importance of energy security.

He pointed out that Germany’s LNG terminals are to be converted for import of green hydrogen by 2030.

Tags: LNG terminals in GermanyMain-Slider
No Result
View All Result