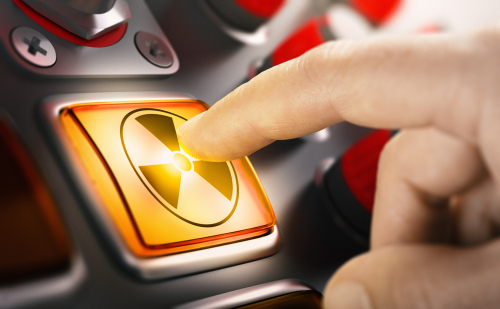 Brussels (Brussels Morning) The foreign ministers of Germany, Spain and Sweden published a joint op-ed on Monday proposing a series of steps that countries currently armed with nuclear weapons could take in order to facilitate disarmament.

Germany’s Heiko Maas, Spain’s Foreign Minister Arancha González Laya and their Swedish colleague Ann Linde emphasised that the world needs progress on disarmament more than ever in a joint column that was published in the Rheinische Post.

The trio joined representatives from 13 other non-nuclear countries in a meeting on Monday of the Stockholm Initiative on Nuclear Disarmament, an international concern focused on diplomatic efforts to advance nuclear disarmament.

Maas, Linde and González Laya suggested that countries could downgrade the role nuclear weapons play in their military strategies and doctrines, as a way of reducing the risks of conflict and accidental deployment. They also called for a complete halt of nuclear weapons testing by bringing the Comprehensive Nuclear-Test-Ban Treaty into force.

This year’s meeting of the Stockholm Initiative, first launched in 2019, comes on the heels of the top-level meeting between US President Joe Biden and Russia’s President Vladimir Putin in Geneva last month, where the two sides committed to avoiding a nuclear confrontation at all costs.

Monday’s meeting also follows a cautionary report published by the Stockholm Peace Research Institute (SIPRI), warning that the world’s arsenal of useable and deployed nuclear weapons is growing, even as the total number of warheads is dropping. At the same time, nearly all nuclear-weapons-armed states are planning to enlarge and upgrade their respective nuclear arsenals.

SIPRI estimated there are currently around 2,000 deployed nuclear weapons kept in state of high operational alert, nearly all of which belong to either Russia or the US. In another troubling development, independent researchers concluded earlier this month that China is actively working on expanding its nuclear deterrence capabilities by building more than 100 new ICBM silos in its northwestern Gansu province.