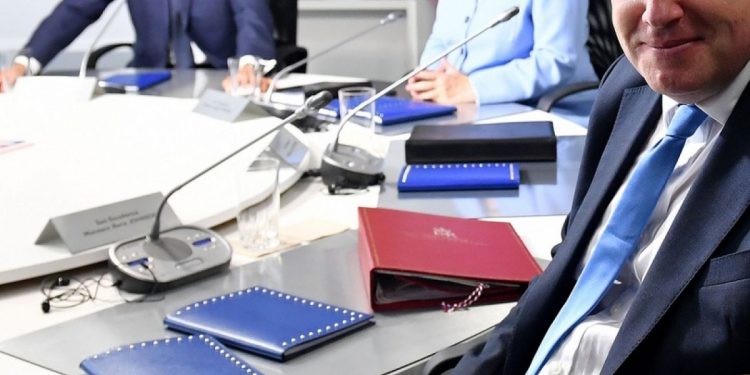 Brussels (Brussels Morning) Germany’s Chancellor Angela Merkel has promised to stand with Ireland in Brexit talks as the deadline for reaching an agreement draws closer and France warns that a no-deal option is becoming increasingly likely, DW reported on Tuesday.

Germany’s Minister of Foreign Affairs Heiko Maas had previously warned that a no-deal Brexit would be irresponsible, especially in the midst of a pandemic. On Tuesday, France’s Minister of Europe and Foreign Affairs Jean-Yves Le Drian stressed that the time for the UK’s tactics and game playing was over.

As things stand, the possibility of a no-deal Brexit is very real, Le Drian warned. Everything has to be wrapped up by mid-November. France, he observed, is prepared for all eventualities.

On Tuesday, the EU pointed out that Brexit negotiations could drag on for weeks, with the UK-imposed deadline for an agreement about to expire. British Prime Minister Boris Johnson announced the UK would walk away if an agreement was not at hand by tomorrow, Thursday, while EU chief Brexit negotiator Michel Barnier told EU ministers in Luxembourg that the UK still had not done enough to address and ease the EU’s concerns.

The Minister of State for Europe at the German Federal Foreign Office, Michael Roth, was another who warned that time for reaching an agreement with the UK was running out. He cautioned that a no-deal Brexit would be the worst option for both sides, adding that the EU expects the UK to make concessions in key areas. Other unnamed German diplomatic sources conceded that EU coastal states will have to back down with their demand for retaining access to British fishing waters.

The UK is proposing the Norwegian model for its fishing waters, with fishing stocks negotiated on an annual basis.