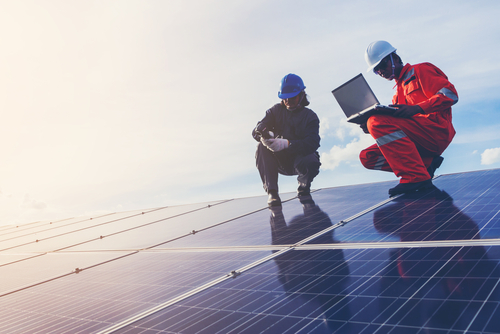 Brussels (Brussels Morning) The German government plans to speed up its expansion of wind and solar energy capacity by 2030 in an updated draft of its climate protection programme.

In a draft law seen by Reuters, Germany plans to expand production capacity of onshore wind energy to 95 gigawatts by 2030, up from the previous target of 71 GW, and to raise solar capacity to 150 GW, up from the 100 GW previously planned.

The newest renewable energy plans come after the nation’s top court slammed the country’s climate protection law as unconstitutional, ruling that it envisioned postponing high emission reduction burdens for periods after 2030, without offering a clear roadmap as to how this was to be achieved.

The new draft law also envisages funding of some 7.8 billion euro for energy efficiency and emissions reduction purposes, including 2.5 billion euro for refurbishment of buildings and an additional 1.8 billion euro for all-electric vehicle subsidies for consumers. In addition, the plan aims to double support for industries working to cut their CO2 emissions, such as steel and cement production.

Also following the Constitutional Court ruling, the cabinet approved draft legislation setting much more ambitious emissions reduction targets, which aim for full carbon neutrality by 2045 and cutting the country’s greenhouse gas emissions by 65% by 2030, compared to its 1990 levels, an increase over the previous 55% target.

Prior to the Constitutional Court ruling, the cabinet had approved draft legislation setting much more ambitious emissions reduction targets in the drive to achieve full carbon neutrality by 2045, cutting the country’s greenhouse gas emissions by 65% by 2030 (compared to 1990 levels), an increase over the previous 55% target