Germany prepares flood aid and is to apply for EU help 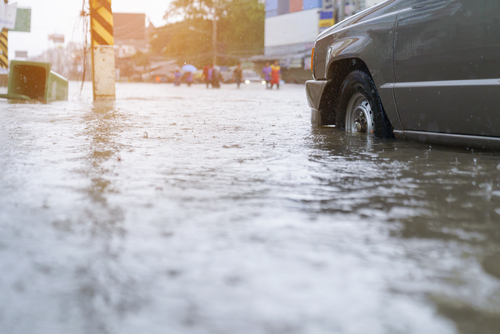 Brussels (Brussels Morning) The German government is planning to provide 200 million euro in flood aid and will call on the EU to help repair the damage caused by the severe floods that hit the country last week, according to a draft proposal.

The Cabinet is to discuss the document on Wednesday, with the government proposing that federal states provide an additional 200 million euro to make a total of 400 million in flood aid available immediately, Reuters reported on Tuesday.

Severe floods destroyed bridges and houses in Germany last week, killing at least 160 people in what authorities described as the worst natural disaster in the last 60 or so years.

The aid is to be used to repair damaged infrastructure and buildings as well as to help those most affected, the draft document proposes. In addition, the government is planning to apply for EU emergency fund assistance.

“The federal government will do everything needed to restore the federally-owned infrastructure as quickly as possible”, the document states. It notes too that “dealing with the damage and rebuilding the infrastructure will require a major financial effort in the coming years”.

The Minister-President of Bavaria, Markus Söder, announced on Tuesday that the federal state will initially provide emergency aid of 50 million euro for victims.

Svenja Schulze, Germany’s Minister of the Environment, Nature Conservation and Nuclear Safety, said it was vital to direct more money towards prevention of extreme weather events.

“The current events in so many places in Germany show with what force the consequences of climate change can hit us all”, she observed.

On Saturday, European Commission President Ursula von der Leyen visited parts of Belgium that were struck by the floods, telling the inhabitants that the EC is “with you in mourning and we will be with you in rebuilding”.