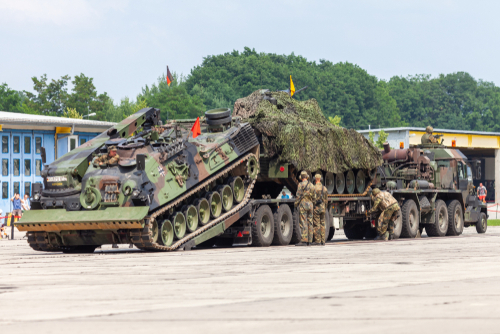 Baerbock made her remarks on Thursday, during her second day of the Baltic states tour, in response to criticisms from western allies and media over apparent reluctance of Germany to provide Kyiv with the weaponry it said it needed to defend against Russian invasion.

Her comments came as the German Bild daily accused Chancellor Olaf Scholz of halting a planned delivery of older Leopard 1 tanks to Ukraine, which the manufacturer Rheinmetall offered to donate.

“There are no taboos for us with regard to armoured vehicles and other weaponry that Ukraine needs,” said Baerbock in a joint press conference with her Estonian counterpart, Eva-Maria Liimets.

Baerbock noted that the Bundeswehr is currently examining what additional maintenance and ammunition will be required to refurbish its Marder IFVs, in order to make them operable and potentially provide them to Ukraine.

Germany has also made a deal with Slovenia, in which Ljubljana will supply its Yugoslav-made variants of the Soviet T-72 tanks to Ukraine, and will receive 20 Marder vehicles in return, together with some 20 Fuchs armoured personnel carriers.

The German Foreign Minister noted that Berlin’s priority at this point is to deliver older Soviet-designed technology to Kyiv as fast as possible, as the Ukrainian military could use such weapon systems with little to no training.

Pressed directly by the media whether Germany will follow through on delivering decades-old German Leopard 1 tanks to Ukraine, Baerbock stressed that Ukrainian troops would need training to use such an advanced kit, but noted that Berlin would be paying for that training.