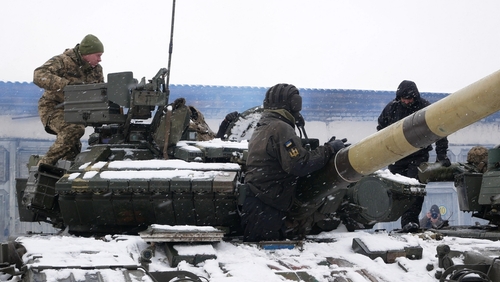 Belgium (Brussels Morning Newspaper) The German government announced today that  it would be sending more arms to Ukraine, in addition to the delivery of hand-held anti-air and anti-tank weapons it sent there late last month.

Government spokesman Steffen Hebestreit told journalists that the deliveries will focus on weapons that Germany had previously made available – implying it will likely consist of Javelin anti-armour systems and Stinger anti-air launchers.

Soon after the Russian invasion of Ukraine began on 24 February, Germany broke with its decades-long policy of never delivering weapons to war zones, and announced it would deliver 1,000 anti-armor weapons and 500 ground-to-air weapons.

Germany also wanted to deliver a further 2,700 older anti-air launchers, eastern-made “Strela” models that date back to the Soviet-controlled German DR. Germany’s Spiegel magazine reported that only some 2,000 of these weapons remain in working order, with Ukraine recently announcing that so far it had received 500 Strela launchers.

In his impassioned plea to the Bundestag, Ukraine’s President Volodymyr Zelenskyy asked Germany for more weapons, not just hand-held defensive systems, but also tanks, artillery, drones, and fighter jets. The German government and NATO have rejected these calls up till now, fearing that the delivery of more offensive weapon systems could lead to an escalation of the conflict, with the war spilling over into NATO countries.

According to Germany’s Defence Minister, Christine Lambrecht, the Bundeswehr has no further stockpiles of hand-held weapons that it can spare for delivery to Ukraine. Moreover, any additional German aid will have to be provided by ordering new weapons straight from their manufacturers. For now, the Government refuses to reveal how much money it plans to spend on such procurement.