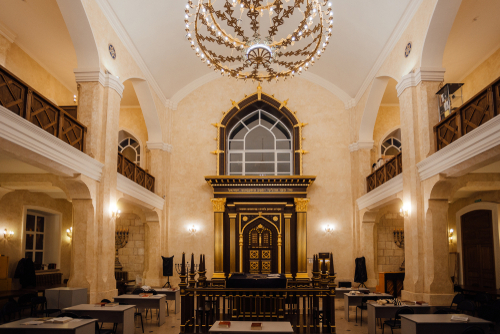 Brussels (Brussels Morning) Germany has vowed it will show “zero tolerance” for attacks on synagogues in the country, as tempers flare over the most recent wave of violence between Israeli Jews and Arabs, Deutsche Welle reports.

Talking to the Funke media group on Thursday,  Foreign Minister Heiko Maas pledged “unwavering security” for all German synagogues, noting that the police have stepped up protection at the country’s Jewish temples, having been forced to intervene at a number of anti-Israeli rallies taking place throughout the country.

Mass called on German citizens to “reject the idea of blaming people of the Jewish faith in Germany for events in the Middle East – whether on the streets or on social media.” He placed direct blame for the violence currently escalating in Israel and Gaza squarely on the Palestinian Hamas, in pronouncing that “there would be zero tolerance for attacks on synagogues in our country”.

His statements were echoed by Germany’s President Frank-Walter Steinmeier, who emphasised that “nothing can justify threats against Jews in Germany or attacks on synagogues in German cities”.

“Whoever burns Star of David flags or shouts anti-semitic slogans on our streets is not only abusing the right to demonstrate but committing a crime”, Steinmeier told Bild on Thursday. “We neither want to, nor will we, tolerate the hatred of Jews”.

A number of anti-Israel protests were held in German cities in the past few days, with the largest taking place in Hannover on Wednesday and Bremen on Thursday. Some of the protesters shouted anti-semitic chants and were seen burning Israeli flags, prompting Interior Minister Horst Seehofer to warn that the practice would not be tolerated. The Interior Ministry has noted that security agencies fear protest activities will only intensify in coming days, especially by Palestinians in Germany, and by groups of the far-left scene.