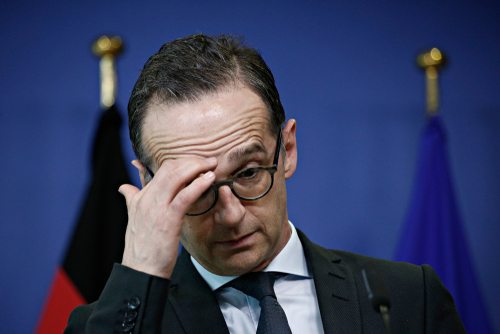 Brussels (Brussels Morning) Germany’s Foreign Minister Heiko Maas has warned against adopting an isolationist approach to China, despite the many existing differences, and has urged the EU to remain engaged with Beijing, Reuters reports.

Ahead of the virtual meeting with the Chinese Foreign Minister Wang Yi, Maas insisted the EU should not disengage with Beijing. “In the EU, we have been describing China as a partner, competitor and systemic rival at the same time”, Maas said. “In all these three dimensions we need strong, sustainable communication channels with Beijing. De-coupling is the wrong way to go”.

The EU imposed sanctions on China last month, in a move coordinated with the United States, Britain and Canada. The decision was based on reports of forced labour in the western Xinjiang region, where China reportedly holds thousands of ethnic Uyghurs in “reeducation” camps. Even as Beijing denies violating the Uyghurs’ human rights, some national parliaments of western countries have been declaring its practices to amount to genocide.

Despite the sanctions, the relations between Germany and China remain stable, in accordance with China’s long-held position against disengagement with other nations despite their mutual differences. Following the meeting, Wang praised the stability of ties between the two countries, and also emphasised that major economies should jointly resist any de-coupling, seeking instead to uphold the stability of global industrial and supply chains.

Wang also noted that China does not approve of any “re-drawing of ideological lines,” and emphasised Beijing is even more opposed to engaging in “small cliques”, and arbitrarily imposing unilateral sanctions based on false information.

His “small cliques” remark was likely a direct jab at the US, with President Joe Biden working hard to rebuild Washington’s alliances in the Asia-Pacific, as well as rekindling its close ties to the EU, as part of a goal to isolate China. As part of these efforts, Biden met with Japan’s Prime Minister, Yoshihide Suga, last week, where both leaders expressed serious concerns about the human rights situation in Hong Kong and Xinjiang.