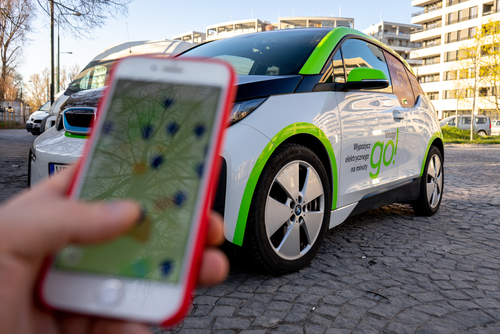 Brussels (Brussels Morning) Germany has replaced the US as the second largest electric car market after China, according to a report from the Centre for Solar Energy and Hydrogen Research in Baden-Württemberg (ZSW).

China remains the dominant market for electric and hybrid vehicles, with 1.25 million new registrations reported in 2020 – more than a third of the world’s 3.18 million. However, the Chinese market growth is slowing down, up only 3% last year, while the rest of the world is catching up fast.

According to ZSW, the electric and hybrid vehicle market in the rest of the world grew 38% during 2020. Growth was driven primarily by European consumers, with Germany in the lead with a 264% market jump last year, a figure of almost 395,000 new electric and hybrid cars.

Europe as a whole – including the EU, Britain, Norway, Iceland and Switzerland – saw a 134% growth, recording more new electric and hybrid car sales than China, with 1.37 million new registrations.

Despite the market growth in Germany, which was spurred on by lower value-added tax and subsidies of up to 9,000 euro per car, it is not yet up to speed to reach its goal of putting 7-to-10 million electric cars on the road by 2030. To achieve that would require adding an average of around one million new electric cars each year, Staiss claims.