Germany not scrapping Nord Stream 2 yet 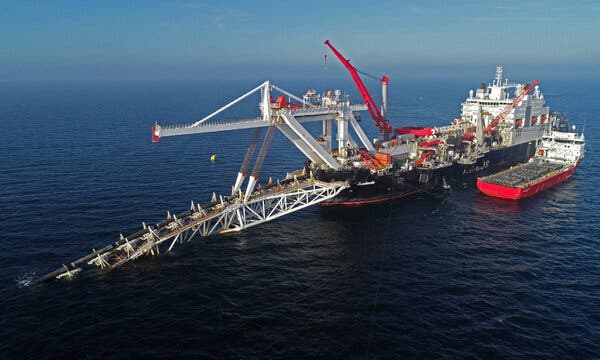 Experts predicted that Germany is unlikely to scrap the Nord Stream 2 gas pipeline project with Russia despite mounting pressure to do so in the wake of the suspected poisoning of Russian opposition politician Alexei Navalny, CNBC reported on Monday.

They pointed out that the Nord Stream 2 is almost completed after a decade of construction and is necessary for covering the regions’ energy needs.

Nord Stream 2 spokesman Jens Mueller said the company, a commercial enterprise, could not comment on political issues and debates. He added, however, that it was in Europe’s interest to complete the project as soon as possible, given the need for energy security, environmental protection goals and the fact that European companies are involved in the project.

Germany’s Minister of Foreign Affairs Heiko Maas told the Bild am Sonntag that he hoped Russia would not force Germany to change its position on the Nord Stream 2. Scrapping the gas pipeline project would hurt Russia as well as German and European companies, he said, pointing out that more than 100 companies from 12 European countries are vested in the project.

ING’s chief economist for the eurozone Carsten Brzeski predicted that Germany was unlikely to withdraw from the project in the event of a sanctions bid against Russia even though patience is running out in the domestic debate over the pipeline controversy. Many still support the pipeline project, Brzeski said, but they want Moscow to demonstrate a willingness to cooperate, for example by helping with the situation in Belarus.Russian Government spokesman Dmitry Peskov told Bloomberg last week that since the Nord Stream 2 is primarily an international commercial project, there is no reason to politicise the issue and halting the project at this stage would seem unreasonable.