Germany, France call on Iran to return to JCPOA negotiations 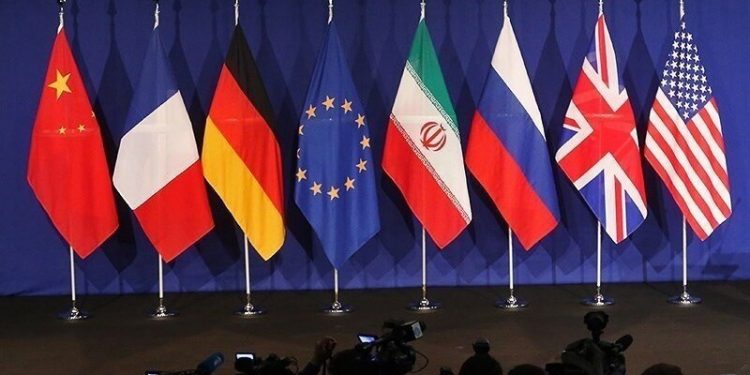 Brussels (Brussels Morning) Germany and France called on Iran on Wednesday to return to nuclear deal negotiations as soon as possible.

Negotiations on reviving the Joint Comprehensive Plan of Action (JCPOA) came to a halt after the Iranian presidential election in June, which Islamist Ebrahim Raisi won, according to Reuters reporting on Wednesday.

The French Ministry of Europe and Foreign Affairs noted in a statement that Minister Jean-Yves Le Drian stressed the importance of resuming negotiations quickly in a telephone call with his Iranian counterpart Hossein Amir-Abdollahian.

The sixth round of negotiations, in which the US participates indirectly, was adjourned in June after Raisi won the election. He took office on 5 August.

Signatories of the original Iran nuclear deal have been negotiating since April on Tehran and Washington’s return to compliance with the deal. Former US President Donald Trump withdrew from it in 2018 and reimposed sanctions on Iran.

The next meeting has not been scheduled yet.

Le Drian expressed concern over Iran’s nuclear activities, which Tehran has been ramping up, and reiterated that Iran should return to negotiations as soon as possible.

The German Ministry of Foreign Affairs called on Iran on Wednesday to resume talks “as soon as possible,” with a spokesperson adding “we are ready to do so, but the time window won’t be open indefinitely.”

Amir-Abdollahian announced on Monday that negotiations might resume in “two to three months.” In July, two senior Iranian officials announced that Raisi was planning to take “a harder line” in negotiations on the nuclear deal.

Germany, France and the UK expressed concerns last month over UN reports that Iran has enriched uranium metal to 20% fissile purity and increased its production capacities for enriching uranium to 60%.

Iran insists that it is not looking to use its nuclear programme to make nuclear weapons.