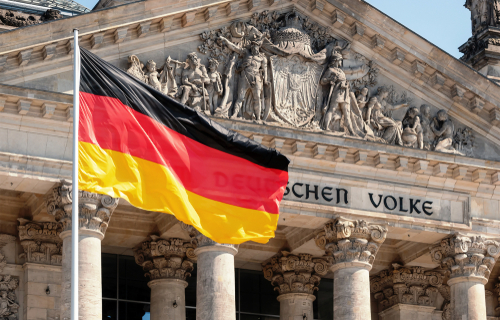 Brussels (Brussels Morning) Social Democrats (SPD) chancellor-candidate Olaf Scholz edged ahead as a relative winner after Germany’s federal elections on Sunday, and is most likely to head the next government. However, the country is likely to face weeks or even months of coalition talks as an agreement between three leading parties will be necessary for a stable government.

SPD won 25.7% of the vote on a federal level, a surge of five points compared to its previous election showing in 2017. Outgoing Chancellor Angela Merkel’s Christian Democrats (CDU) won 24.1% of the vote, an historic low for the party in federal elections, albeit an improvement on its showing in recent polls.

The eco-friendly Greens finished with 14.8%, while the business-friendly Free Democratic Party (FDP) won 11.5%. Both almost certainly will play a part in a new government. The far-right Alternative for Germany (AfD) and the far-left the Left won 10.3% and 4.9% respectively, meaning they will remain in opposition in al likelihood.

Ahead of the elections, Scholz openly courted the Greens,. The two parties shared a number of policies on reducing inequality and planned public spending, hoping that between them they could win enough votes to form a government without requiring the backing of a third party.

Another option was for the two parties to form a government with the backing of the Left, which would have required it to tone down its anti-NATO and anti-EU stance, but would likely support the two parties’ social and green policies. However, with the Left winning only 39 seats in the Bundestag, such a coalition would be three lawmakers short of a majority, making the point moot.

Most likely, therefore, Germany is about to enter lengthy, drawn-out coalition talks in which the Greens and the FDP will have to pick between backing the SPD or the CDU. The Greens would favour SPD, while the FDP traditionally leans closer to the conservatives. It is still possible for the CDU to end up leading a government with the backing of the Greens and the FDP.

Another somewhat unlikely possibility would be to continue the so-called “grand coalition” between CDU and SPD, this time with SPD at the helm, without the backing of any other party. However, such a solution would prove extremely unpopular with the German electorate since most voters have had enough of the grand coalition, which has ruled for 12 of the last 16 years, including the now departing cabinet.

The inconclusive 2017 elections led to months of tense negotiations when Merkel was unable to agree to coalition terms with the Greens and the FDP, and had to plead with SPD to return to the grand coalition once more. A final coalition agreement was not reached until February, nearly five months after the elections.