Germany expects up to €50bn chip investments from EU 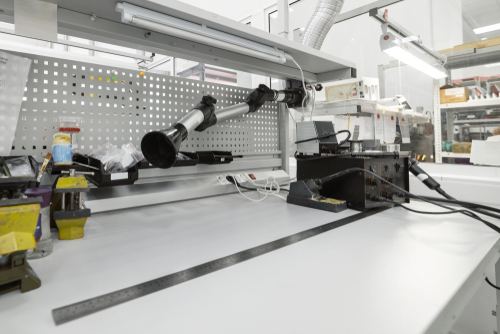 Workplace for the assembly of industrial electronic modules. The table is equipped with local exhaust ventilation.

In addition to Germany and France, 17 other EU member states have agreed to invest in development of semiconductors and processors as they seek to catch up with Asia and the US.

The EU currently holds approximately 10% of the global semiconductor market worth 440 billion euro, with the bloc reliant on chip imports. The coronavirus crisis has brought the bloc’s dependence on electronics components to the fore.

In a virtual discussion with France’s Minister of the Economy, Finance and Recovery, Bruno Le Maire, the German Minister for Economic Affairs and Energy, Peter Altmaier, predicted that the Important Project of Common European Interest (IPCEI) could generate investments of up to 50 billion euro in the chip industry.

“I assume that in all countries that are ready to take part in this IPCEI … that we’ll clearly get together a double-digit billion euros amount – and not in the lower range but rather in the middle range,” he noted. This would be between 20 and 50 billion euro, he believed more likely the higher end. Businesses would account for between 60% and 80% of the total invested with the remaining 20% to 40% coming from EU member state subsidies, he reckoned.

The German semiconductor manufacturer Infineon Technologies welcomed the push to increase state aid. The company said it was important to act quickly in order to help the EU become more competitive and geopolitically resilient.

German companies should apply for subsidies at the Federal Ministry for Economic Affairs and Energy by 1 March, after which the European Commission is to evaluate proposed projects in order to reach the final decision later this year.As part of the push to make the EU less dependent on tech giants and producers in China and the US, Germany and France have launched their own projects in battery development, artificial intelligence and cloud computing.