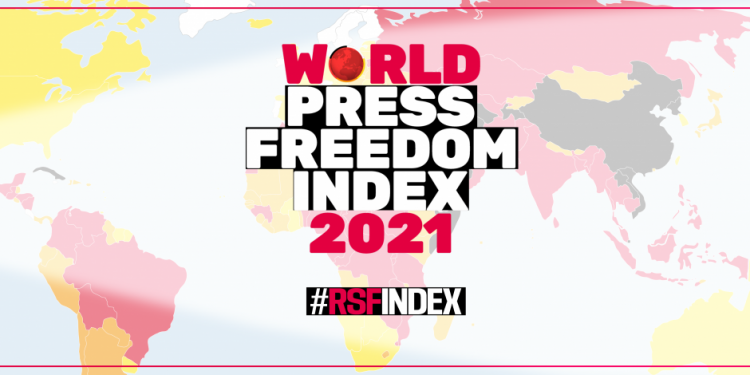 Brussels (Brussels Morning) Reporters Without Borders (RSF) published its annual World Press Freedom Index on Tuesday, noting a general worsening trend for press freedoms in the world, and downgrading Germany from “good” to “satisfactory”. This year’s Index records the lowest ever number of countries that are rated “good” in terms of press freedom, dpa reports.

Only 12 countries retain the highest Press Freedom Index grade, the worst result since the global listing was first launched in 2013. Leading the ranks are the four Nordic countries – Norway, Finland, Sweden and Denmark. Three other European countries feature in the top 12 – the Netherlands in sixth place, and Portugal, Switzerland, Belgium and Ireland, taking the 9th to 12th places, respectively. The only non-European countries achieving the highest grade rating are Costa Rica in fifth place, Jamaica in seventh, and New Zealand in eighth.

Majority of EU countries are ranked as at least “satisfactory”, with four EU members falling into the “problematic” category – Croatia in 56th place, Poland in 64th, Greece in 70th and Hungary in 92nd. Bulgaria is the only EU country rated as “bad” – ranking 112th in the global Index listing of 180 countries.

According to the Paris-based press watchdog, Germany dropped two places and lost its highest grade, a reflection of the violence against media professionals that has soared to unprecedented levels in the country since last year’s Index was published.

RSF board spokesperson Michael Rediske said the downgrading of Germany’s was the outcome of the many attacks on media personnel during demonstrations against measures to contain the pandemic. He described the phenomenon as an alarm signal. “Journalists were punched, kicked and pushed to the ground, they were spat on and harassed, insulted, threatened and prevented from doing their work”, according to RSF.