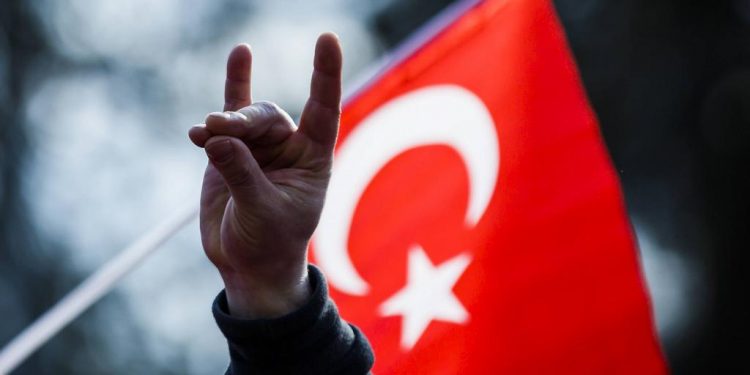 The appeal comes amid a diplomatic dispute between Turkey and France as well as growing concerns about the ultranationalist movement.

Greens’ MP Cem Özdemir expressed belief the Grey Wolves have up to 20,000 members, making it one of the largest right-wing extremist organisations in Germany. According to the Federal Office for the Protection of the Constitution (BfV), the largest Grey Wolves organisation in Germany is the Federation of Associations of Turkish Democratic Idealists (ADÜTDF), with approximately 7,000 members.

The Grey Wolves were responsible for hundreds of murders in Turkey, Özdemir told the Die Welt daily, adding that they threaten minorities and members of the Turkish opposition in Germany. He urged the state to take action to prevent Turkish ultranationalists from intimidating, threatening or beating up innocent people in Germany.

The Grey Wolves are closely aligned with the Turkish far-right ultranationalist Nationalist Movement Party (MHP) and targeted ethnic minorities and leftist activists in the 1980es. The MHP is in coalition with Turkish President Recep Erdoğan’s Justice and Development Party (AKP).

Özdemir and his colleagues Irene Mihalic and Konstantin von Notz warned that the Grey Wolves were Erdoğan’s extended arm, and accused the group of repeatedly stirring up hatred, making threats and acting violently. Alternative for Germany (AfD) MP Alexander Gauland called for a ban as well, describing the organisation as Erdoğan’s extremist brigade. He said the organisation should have been banned sooner and urged the German authorities to follow France’s lead in the fight for freedom and democracy.

When France banned the Grey Wolves on Wednesday, Turkey threatened retaliatory measures, stressing that Paris has a duty to protect the freedoms of Turks in France. Relations between the two countries are strained as France’s President Emmanuel Macron has vowed to defend secular values at a time of mounting tensions between local Turkish and Armenian populations over the conflict in Nagorno-Karabakh.