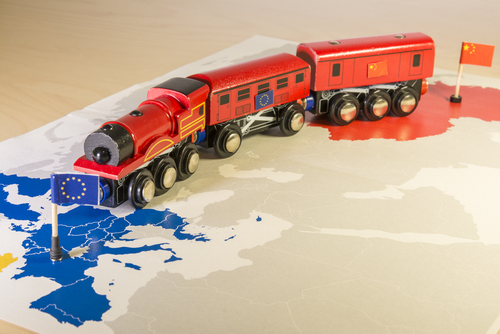 Sources from the ministry pointed out that planned changes are aimed at reducing Germany’s dependence on Chinese imports, according to Reuters reporting on Tuesday.

Sources added that new measures will make doing business with China less appealing, stressing that the ministry is planning to change policies to reflect the country’s new position on China.

Minister Robert Habeck stressed that Germany welcomes trade with China, but cannot allow Chinese protectionism to undermine competition. He reminded that China violates human rights and noted that Beijing threatened its trade partners not to bring up the issue or lose business.

While Habeck did not provide details about planned measures, he announced they will include scrutiny of Beijing’s investments in the EU, especially in infrastructure.

Sources from the German Ministry for Economic Affairs and Climate Action noted on Thursday that the body is considering reduction or scrapping of export and investment guarantees for China.

China has been Germany’s largest trade partner for years, but the new government decided to take a tougher stance on Beijing than its predecessor headed by Chancellor Angela Merkel.

Habeck warned that Germany would “have extreme sales problems” if the Chinese market closed, stressing that this scenario is “not likely at the moment.”

He pledged the ministry would contribute to Germany’s new China policy and added “from this you will see that there is not more naivety.”

Habeck stressed the importance of not supporting China’s Belt and Road initiative, warning that it is looking to influence EU’s trade policy by buying up strategic infrastructure in the bloc.

As case in point, Habeck noted that he opposes China Ocean Shipping Company’s plan to enter ownership structure of a German container operator at the Port of Hamburg. He expressed concern that China’s purchases are spreading to other sectors, including logistics.

“I’m leaning towards the fact that we don’t allow that,” Habeck concluded.Beijing has not endorsed Russia’s attack on Ukraine as it wants to maintain trade with the EU, but did not impose broad sanctions against Moscow like Western countries.