Germans must walk their dogs twice a day, new law will say 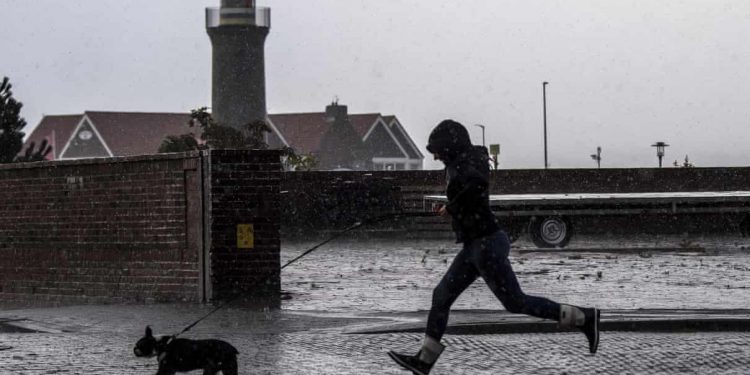 Germany’s dog owners will soon to be ordered by law to walk their pets twice a day.

The country’s agriculture minister, Julia Klöckner, has said she is introducing the new law based on evidence that many of the nation’s 9.4 million dogs are not getting the exercise or stimuli they need.

Under the new regulations in the Hundeverordnung, or Dogs Act, owners will not get away with a quick jog round the block, but will be required to take their dogs out for at least one hour on each occasion.

Klöckner said the rules were based on new scientific findings that show dogs need a “sufficient measure of activity and contact with environmental stimuli”, including other animals, nature and people. The tethering of dogs on a chain or a lead for long periods also faces an all-out ban.

Dogs may not be left alone at home all day, and a person will be required to take care of their dog “several times a day”.

Klöckner said: “Dogs are not cuddly toys. They also have their own needs, which need to be taken into account.”

News of the law, which is due to be introduced next year and was made widely known for the first time this week, has prompted a lively debate in Germany.

The main question is how it will be possible to check up on the 19% of German households that own dogs, which as pets are second in popularity only to cats.

A spokeswoman for the agricultural ministry has said the authorities in each of Germany’s 16 states will be responsible for enforcing the law.

But ridicule over the regulation has come even from within Klöckner’s own party, the Christian Democratic Union. Saskia Ludwig, a CDU MP who also sits in the state assembly for Brandenburg in Potsdam, said the current heatwave meant it was not suitable for dogs to be out for so long. She tweeted: “VOLUNTARY DISCLOSURE: I will not be taking my Rhodesian Ridgeback for two rounds of walks in 32 degrees heat, rather we will jump in the river for a refreshing cool down instead.”

Bärbel Kleid, the owner of a five-year-old Yorkshire terrier called Sam, who lives in Berlin, said: “I find it patronising to be told how long I should take my dog out for. And who is going to check up on me? Will the neighbour call the police if they suspect me of not taking Sam for long enough walks? He wouldn’t manage two hours a day anway.”

Walther Schweiz, said his dog, a 14-year-old Alsatian called Blu has cancer, and was unable to do more than short walks close to his house in Cologne.

“They should trust people to get on with their own lives. They’ll be telling cat owners how often they need to change their litter trays next,” he said.