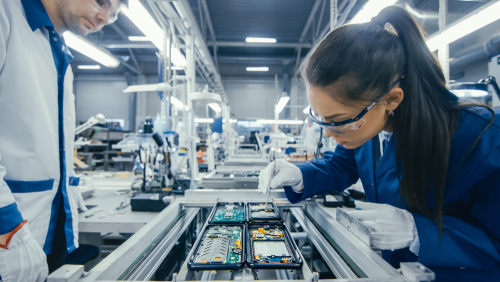 SNV analyst Jan-Peter Kleinhans, author of the report, pointed out that the EC’s plan to double the bloc’s share in semiconductor production by 2030 will fail, stressing “for an EU foundry there is simply no business case at the moment in Europe, mainly for the lack of customers”.

According to the Commission’s 10-year plan launched in March, the EU is committed to achieving a 20% global chip market share by building a production plant to make 2-nanometre chips.

The EC’s push is in response to supply chain disturbances caused by a recovery in demand for electronics, which dropped sharply with the onset of the coronavirus crisis a year ago.

Kleinhans maintained the Commission’s strategy is flawed because Europe does not have a chip design industry strong enough to justify the construction of the proposed fabrication plant.

“That would mean an EU foundry would need to attract foreign customers”, something he deemed “extremely unlikely”.

South Korea’s Samsung and Taiwan’s TSMC, both global industry leaders, plan to invest in production in the US, while the US Intel tech company is planning to start its own contract manufacturing operation in the country.

According to Kleinhans, this would increase global production capacity and raises doubts about the economic justification for the EC plan to boost production in the EU.

Instead, the EU should divert resources towards reviving the chip design industry in Europe, he argued.

Pointing to how the US tech giant Apple has announced plans to invest one billion euro in a chip design facility in Germany, Kleinhans suggested the EC should learn from Apple’s move.

“Apple has single-handedly done more for European-based chip design than the Commission in the past 10 years,” he observed.