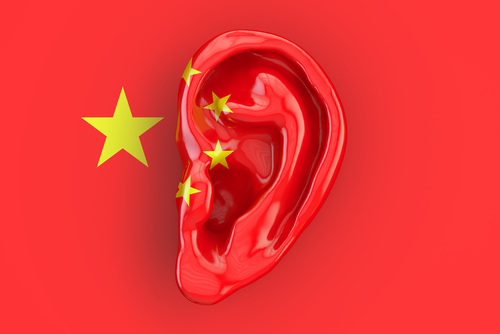 Brussels (Brussels Morning) German authorities have apprehended a semi-retired political scientist and charged him with espionage, asserting he was secretly meeting with Chinese handlers and providing them intelligence in advance of major conferences and state visits.

Identified in the indictment as Klaus L., aged 75, the academic in question reportedly headed the Hanns Seidel Foundation in Munich from 2001, and later established the Institute for Transnational Studies, an independent political think-tank.

According to the indictment, Klaus L. was recruited by Chinese intelligence during a lecture trip to Shanghai in 2010. As he was also working for the German intelligence agency BND, he was able to provide valuable intel to Beijing through his extensive network of BND contacts, acquired over more than 50 years of cooperation with the German service.

Klaus L.initially reported the Chinese attempt to recruit him to the BND, but later kept quiet as Chinese agents started paying for his services. He was provided with technology that enabled him to encrypt the communications with his Chinese handlers, and is said to have provided requested intelligence at least up until 2019.

He was arrested shortly after returning from Italy, as he was preparing to leave for Munich airport to catch a flight to Macau with his wife, where he was supposed to meet his contacts from the Chinese intelligence agency. The police seized his flash drives and conducted a thorough search of his apartment.

Because of its considerable influence within the EU, Germany is an attractive target for espionage. Earlier this year, the German authorities arrested a man suspected of spying for Russia, who had provided detailed plans of the German federal parliament to his handlers in the Russian embassy in Berlin.

Retired academics and professionals are also often seen as desirable targets by Chinese and Russian intelligence, as they usually retain much of their knowledge and many of their contacts, while at the same time having an emotional need to remain relevant.