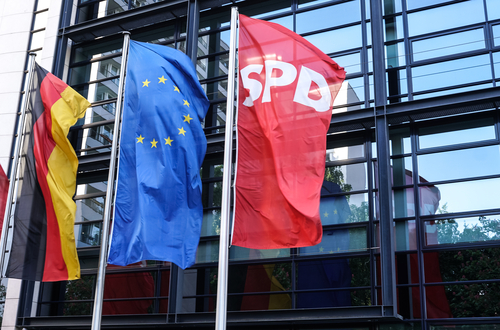 Brussels (Brussels Morning) The German Social Democratic Party (SPD) officially confirmed its leader Olaf Scholz as the party’s choice for chancellor should they win at the federal elections in September, Deutsche Welle reported.

The former Mayor of Hamburg, currently vice-chancellor and Minister of Finance, heads the junior party in the grand coalition with the Christian Democratic Union (CDU). Scholz won 96.2% of the votes from nearly 600 SPD delegates taking part in an online party conference during the weekend.

Current polls place SPD – once one of the two pillars in German politics – a distant third, far behind its coalition partner CDU and even further behind the soaring Greens, who shocked most analysts by overtaking the CDU in the polls last month.

Scholz is the third major party leader to be officially confirmed as chancellor-candidate, after the Greens nominated its co-president Annelene Baerbock and the CDU backed its leader, the Premier of North Rhine Westphalia, Armin Laschet.

While his party lost significant support through years of coalition with the centre-right CDU, Scholz plans to launch a strong campaign, pledging to bring about a socially transformed economy with the introduction of better conditions for workers and by raising the minimum wage – a return to the social-democrats’ roots. Scholz also promised a high level of public investment to strengthen the health system, schools and public transport.

Even though SPD’s odds seem slim at the moment, polls indicate most voters view Scholz as the strongest leader among the three lead contenders. The vice-chancellor is earnestly aiming for the top spot in hopes that he will succeed Chancellor Angela Merkel when she steps down after the elections.

Even if the SPD fails to secure a majority, the party still needs to build up its popularity ahead of the elections in order to make itself a potentially more appealing coalition partner to the Greens, since both are more significantly aligned in policy terms than they are with the CDU.