German security agencies in state of alarm over far-right threats 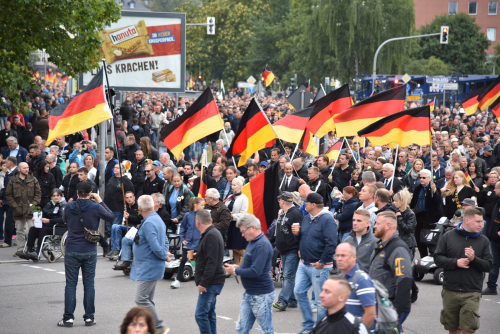 Interior Minister Horst Seehofer and BfV head Thomas Haldenwang held a press conference on Tuesday, detailing the findings of the 2020 report on protection of the constitution, in which Seehofer warned that the current security situation faces a great problem.

Even though the coronavirus pandemic limited direct, face-to-face contacts, it has provided more energy to the extremists, the report claims, citing an increase in politically-motivated crimes of 8.54% in 2020, compared to the previous year. More than 44,692 such crimes were reportedly committed by radicalised individuals identifying with the far-right.

Seehofer emphasised that the greatest threat comes in the form of right-wing extremism and anti-Semitism, and that the coronavirus pandemic significantly increased the danger.  According to the BfV report, extremists influenced anti-lockdown protests by infiltrating the debate on coronavirus in order to gather sympathisers and supporters by focusing on the government’s pandemic measures.

The report also counted some 33,300 persons on file as members or sympathisers of extremist right-wing groups, a 3.8% increase compared to 2019, with some 13,300 estimated as having the potential to engage in violent acts. During the same period, right-wing extremist crimes grew some 5%, while right-wing violent crimes rose by around 10%.
Haldenwang stressed that the extremists and terrorists hadn’t gone into lockdown when the pandemic began. Instead, they quickly relocated into the virtual world and continued their activities from their newly-founded “home office”. The BfV chief warned that they continued to spread conspiracy ideologies during the anti-lockdown protests, partially with the goal to delegitimize the state.