German politicians call for aid to be sent to Belarus border 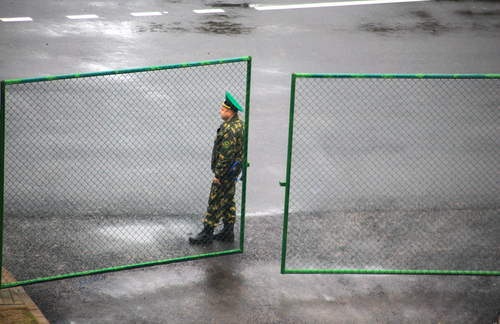 Brussels (Brussels Morning) German politicians are calling for aid to be sent to migrants stuck on the border between Belarus and the EU as the bloc prepares new sanctions.

Bärbel Bas, Speaker of the Bundestag’s lower house, stressed the importance of helping the migrants and pointed out “we must not allow people and their fate to be used as leverage”, DW reported on Sunday.

She insisted that Germany is on the side of the EU member states affected by the migrant push, but called on the bloc to “quickly come to an agreement on how these people can be helped.”

While stating her belief that border fences should be “dismantled wherever possible,” Bas conceded that, “given [President of Belarus Alexander] Lukashenko’s policies, this is unthinkable.”

The EU accuses Lukashenko of flying in migrants from the Middle East and pushing them illegally across the border with Latvia, Lithuania and Poland.

Human rights organisations have warned about the deteriorating situation, with up to 4,000 migrants stuck on the border between Belarus and Poland, and temperatures dropping below zero.

Annalena Baerbock, co-leader of German Greens, demanded that “aid organisations must be allowed into the closed border area immediately”, while appealing to Poland to accept EU support, including joint border protection.

Michael Kretschmer, Minister-President of Saxony, pointed out that Lukashenko had lured in the migrants and added “we have to show the dictator in Minsk that this measure will not be successful… then he will stop the [people] smuggling.”

On Saturday, Polish authorities reported that some 50 migrants had forced their way into the country near the village of Dubicze Cerkiewne.

Polish police reported that 22 Iraqis were rounded up on Sunday, adding that a recent attempt to breach the border near the village of Klukowicze-Kolonia was foiled. One police officer was injured in the incident as migrants threw rocks at police.