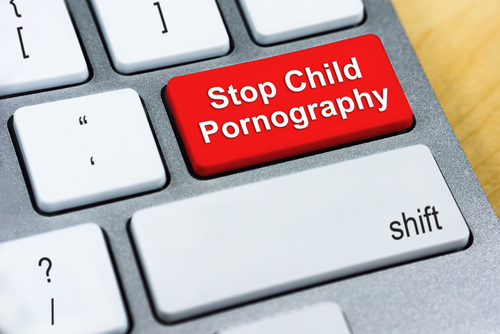 Brussels (Brussels Morning) The German police announced yesterday that they had dismantled a child pornography network on the “Darknet”, the dark web, which they described as one of “the largest in the world” with more than 400,000 user-members.

According to the official police statement, pedophiles using the network exchanged and viewed pornography involving children and toddlers, mostly boys, from all over the world.

The uncovering of the “BOYSTOWN” platform, which has been in existence since 2019, happened in mid-April. Four suspects were arrested, according to the BKA federal police statement.

“Among the images and video recordings shared were also recordings of the most severe sexual abuse of young children”, prosecutors said.

Three Germans were detained after a month-long investigation by a special German police unit coordinated by Europol and involving the collaboration of Dutch, Swedish, Australian, American and Canadian police authorities.

Europol said that the image and video data seized during the investigation will be used for Victim Identification Taskforces that are organised on a regular basis.

“More arrests and rescues are to be expected globally as police worldwide examine the intelligence packages compiled by Europol”, noted the EU’s agency for law enforcement and cooperation.

The suspects were arrested in Germany and Paraguay, accused of operating and maintaining the platform, following a series of raids on seven properties in mid-April, Reuters reported.

A fourth suspect, a 64-year-old man from Hamburg, is also accused of being one of the most active users of the platform having allegedly uploaded more than 3,500 posts.

“This investigative success has a clear message: those who assault the weakest aren’t safe anywhere”, Germany’s Interior Minister, Horst Seehofer, declared. “That’s what investigators work for day and night, online and offline, globally”, he concluded.

On 29 April, the EU Council reached a provisional agreement to allow providers of electronic communication services, such as web-based email and messaging services, to continue to detect, remove and report child sexual abuse online.