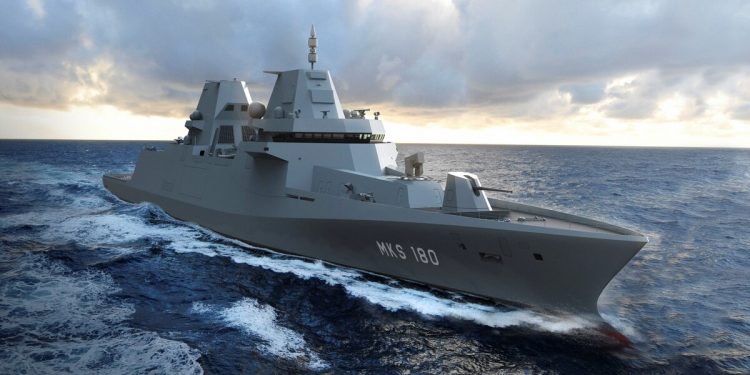 Brussels (Brussels Morning) The bulk of the German navy’s warships are using an insecure navigation system developed by a Russian firm, leaving its naval vessels highly vulnerable to cybernetic threats from Moscow, the German daily Bild reported on Sunday.

The Russian Navi-Sailor 4100 system was installed on at least 100 vessels being operated by the German navy – the Marine – even though the system’s data encryption does not comply with military security standards.

The German opposition declared itself baffled by the newspaper’s revelation, given that the system has been in use for at least 15 years, during which the Marine was seriously susceptible to cyber threats. “During a worst-case cyberattack, navigation data could be hacked and the ship could fully lose operability”, an unnamed officer told the paper.

The navigation devices were developed by the St. Petersburg-based Transas company, which was purchased by the Finnish Wartsila concern in 2018, although its military division remained under Russian control.

The system was fitted to navy ships in 2005, during the chancellorship of Social Democrat Gerhard Schröder. Deutsche Welle notes that the former Chancellor is today the chairman of the board of directors of both the gas pipeline holding company Nord Stream 2, owned by the Russian Gazprom, and the Russian Rosneft oil giant.

“The Bundeswehr must make sure that the navy’s navigation software does not represent a security leak”, Lindner declared on Twitter. “The Ministry must hastily explain why it is not using software from a supplier based in NATO countries.”

Responding to media inquiries, the German Defence Ministry issued a brief release, stating that “the government is making great efforts to ensure IT, cyber and crypto-media security in operational areas of the Ministry”.