German library pays £2.5m for ‘friendship book’, 400 years after it first tried to buy it 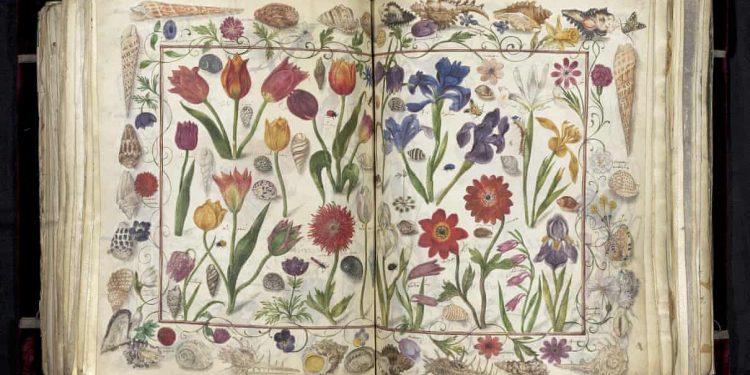 Almost 400 years after Augustus the Younger tried and failed to buy the “extraordinary” Das Großes Stammbuch – a “friendship book” signed by some of the most powerful figures of 17th-century Europe – forthe library he was building in Wolfenbüttel, Germany, it has finally landed on his shelves.

Duke Augustus, a German member of the House of Welf who died in 1666 aged 87, was instrumental in collecting some of the hundreds of thousands of books that form the Herzog August Bibliothek, one of the world’s oldest libraries, which is named after him.

In 1648, he set out to acquire a book that had belonged to Philipp Hainhofer, a German merchant and diplomat from Augsburg. As he travelled from court to court, Hainhofer would ask dignitaries to paint in his album amicorum, or friendship book, also known as a stammbuch. There are around 25,000 historic friendship books recorded around the world, but Hainhofer’s Großes Stammbuch is considered the most impressive, containing signatures by European figures including Cosimo De’ Medici, the Holy Roman Emperor Rudolf II and Christian IV, the king of Denmark and Norway. Each individual would commission an artist to create a painting accompanying their signatures. There are around 100 drawings in the book, which took more than 50 years to compile.

When Hainhofer, who helped set up the Herzog August library, died in 1647, Duke August tried to acquire the book for his library but was unsuccessful.

The album went became privately owned and was withdrawn from the public domain. It was even considered to be lost, until it resurfaced at a London auction in 1931. But 373 years after Duke August made his first attempt to buy it, the book has finally made its way to the shelves of the Herzog August Bibliothek, after it was offered to Sotheby’s for private sale last year. Researchers at the auction house uncovered its connection to the library, and arranged a private sale for around €2.8m (£2.5m).

Sotheby’s called Das Großes Stammbuch“extraordinary” and said it was one of the most important examples of a friendship book. “No other work of art better reflects the deeply challenging political tensions that were being navigated in Europe at this time,” the auction house said.

Björn Thümler, minister for science and culture in Niedersachsen, which is home to the library, called the acquisition “a sensation and a stroke of luck for the preservation of cultural assets in Germany”.

Herzog August director Peter Burschel said the acquisition, financed by bodies including the Cultural Foundation of the Federal States (Kulturstiftung der Länder), was the most important the library had made since it bought the medieval manuscript Gospels of Henry the Lion at auction in 1983 for £8.1m.

“It provides unparalleled insights into the early modern political culture of trade and commerce in art,” said Burschel of the book, adding that the library is planning exhibitions of the manuscript to make it accessible to the public.