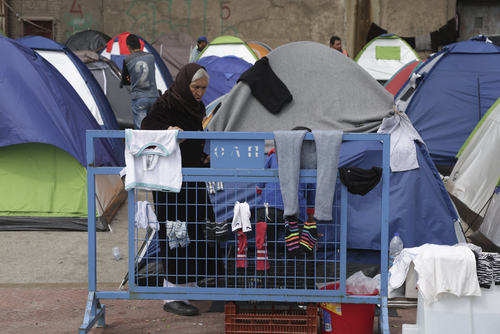 Brussels (Brussels Morning) German leaders are discussing plans to aid Afghans after Western countries withdrew their troops from the country and the Taliban recaptured it.

German Chancellor Angela Merkel noted on Monday that Afghan refugees could escape to neighbouring countries and then try to reach Europe, which could cause a migrant crisis similar to the one in 2015, according to Reuters reporting.

“Since the withdrawal of foreign troops from Afghanistan we have had to watch the Taliban, with breathtaking speed, province by province, town by town, reconquer the entire country,” she stressed.

Merkel’s migration strategy opened Germany’s borders to over one million migrants in 2015, which she later scrapped due to opposition and decline of support for her party.

“We should not repeat the mistake of the past when we did not give enough funds to UNHCR and other aid programmes and people left Jordan and Lebanon (to head) towards Europe,” she noted.

Merkel concluded that “we need to make sure that the many people who have big worries and concerns, even though they have not worked with German institutions, have a secure stay in countries neighbouring Afghanistan.”

German Minister of Foreign Affairs Heiko Maas pointed out that Germany is scrambling to evacuate as many people from Afghanistan as it can, adding that NATO leaders did not have good intelligence on the situation in the country.

“We want to get as many people out of the country as quickly as possible,” Maas concluded.

German Finance Minister Olaf Scholz noted that Germany wants to set up an air bridge to help with the evacuation from Afghanistan.

“The international community must now stand together to support countries neighbouring Afghanistan,” he stressed and concluded that “a large refugee movement will begin soon.”