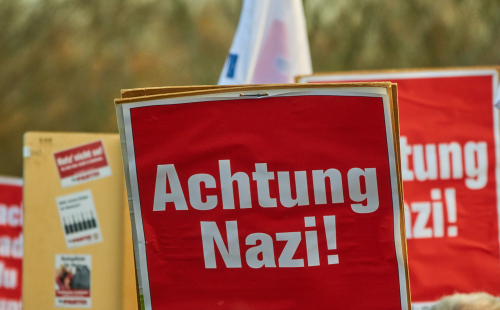 The far-right party, currently the largest opposition party in the Bundestag, Germany’s federal parliament, has been compromised in the past by its close ties with extremist groups. It soared at the polls in recent elections based on its anti-immigration and anti-Islamist platform, winning some 12% of the vote. Its support has since slipped somewhat, and it is currently polling at about 10%.

Sections of the party have previously attracted attention from the BfV, including its youth chapter and the Flügel extremist group. The latter became a target for BfV surveillance after the agency identified proven right-wing extremists among its members.

The decision to place the entire party under surveillance has been reported widely by Germany’s major media outlets. However, no formal statement has been issued by the BfV, most likely due to an ongoing legal dispute between the agency and the party.

AfD filed an urgent motion at a Cologne court last week, seeking to prevent BfV from placing the party under investigation. In doing so, it argued that any announcement about it being investigated would undermine its right to a fair elections race, given federal elections are scheduled for 26 September.

The motion was rejected after BfV promised it would make no formal announcement about investigations into the AfD. Following media reports of the investigation, AfD co-chair Tino Chrupalla accused the intelligence agency of intentionally leaking the information, calling it a “scandalous” attempt to influence public opinion.

On the other hand, Volker Ullrich,  interior affairs spokesman for the Christian-Social Union in Bavaria (CSU), sister-party to the ruling Christian Democrats (CDU), suggested the new surveillance status was a done deal, a move he described as a “consistent and correct decision”.

“The concept of a defensible democracy means naming and fighting the opponents of the free democratic basic order”, Ullrich asserted.