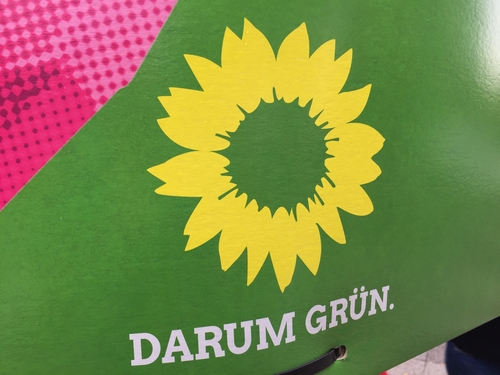 Brussels (Brussels Morning) One of the two leaders of the German Greens warned today that the ongoing coalition talks with the Social Democrats (SPD) and the business-friendly Free Democratic Party (FDP) could yet collapse, unless the other two parties agree to a more serious commitment to protect the climate.

Speaking to public broadcaster RBB, Greens’ co-leader Robert Habeck said that the government that will replace outgoing Chancellor Angela Merkel’s cabinet must be “a climate government”, fully committed to achieving the goals set in the 2015 Paris Climate Agreement of halting global warming at a maximum of 1.5 degrees Celsius by 2100.

His comments come as the talks between SPD’s chancellor-candidate Olaf Scholz, FDP leader Christian Lindner and the Greens’ leaders Habeck and Annalena Baerbock are entering the final phase.

The three parties are scheduled to make an assessment of the agreements made in coalition talks so far, and to decide how to proceed with building the post-Merkel cabinet. A collapse of the talks is likely to bring about a government crisis in Germany which could spill over into the rest of Europe. The federal election results failed to provide a clear winner, and have left a very limited number of options to the parties seeking to form a ruling majority.

The only remaining option would be a repeat of the “grand coalition” between the CDU and the SPD that has ruled the country for the 12 of the last 16 years, only in this instance, SPD would be at the helm. Such a development is the option least favoured by the two largest parties, who believe they lost many of their core voters because of their joint rule in the past, and have seen the voters clearly signalling their desire for a change of government.