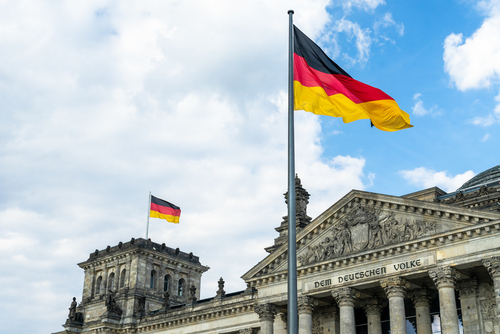 Brussels (Brussels Morning) The German federal government significantly revised its growth forecast for the current year, now predicting that the German economy will grow just 2.6%, compared to its April estimate of 3.5%.

Departing Economy Minister Peter Altmeier will present the new figures on Wednesday, Reuters reports, citing a government insider, who also claims the government will up its forecast for 2022, from the 3.6% predicted in April to the current forecast of 4.1%. According to the same figures, the growth should stabilise by 2023, with the economy expanding 1.6%.

The combination of supply bottlenecks stifling production, which is bringing down the industry figures, and unusually high demand, will likely result in further inflationary pressures, with the government’s economists expecting inflation to surge by up to 2.9% this year.

Sharing the view of European Central Bank (ECB) experts, the German government’s economists insist that the inflation surge is temporary, and they predict that inflation will subside, dropping to 2.2% in 2022, and down to 1.7% in 2023.

The government’s revision of growth figures follows on the report by the German central bank, the Bundesbank, released on Monday, which warned that the country’s economic growth will sharply subside in the final months of 2021, as a result of the resources and components bottleneck on the German industry front, coupled with an expected drop in demand for services in view of the return of the coronavirus pandemic’s impact.

Without providing exact whole-year figures, the Bundesbank warned on Monday that the annual GDP growth is likely to fall significantly below its June forecast of 3.7%, which was in line with the government’s April estimate.

On the same day as the Bundesbank report, the Ifo institute also published a report saying that business morale dropped for the fourth consecutive month in October, partly due to problems arising from industry supply bottlenecks.