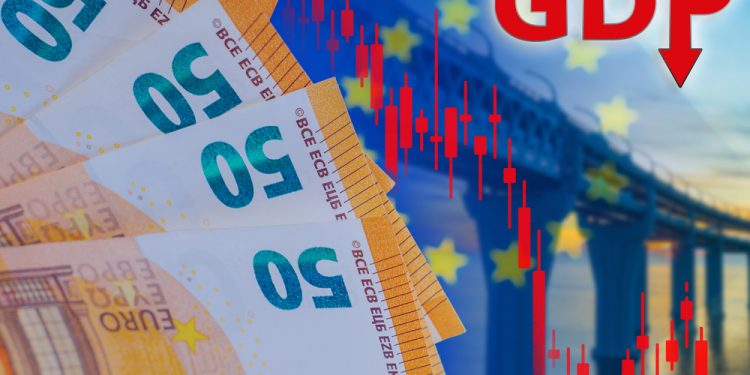 Brussels (Brussels Morning) The Institute for Economic Research (DIW) expects the German economy to contract 1% in the final quarter this year due to restrictions put in place in order to curb the spread of coronavirus, Reuters reported yesterday, Monday.

It expects GDP decline in the first quarter of next year to be even more severe, stressing that the negative trend cannot reverse until restrictions are lifted.

According to DIW,while the economy recovered significantly from the negative effects of the lockdown imposed in March, the new restrictions will affect the German economy throughout the winter and impose serious costs.

Claus Michelsen, head of Forecasting and Economic Policy at DIW, points out “the German economy can only return to a recovery path if the situation substantially calms down.” That means, “even if it’s painful, we’ll have to endure the hard lockdown until at least the end of January.”

As the second wave of coronavirus infections hit Germany, the government opted to close most shops at the beginning of the month as part of measures to control the pandemic. The new restrictions were imposed on top of those already in place since November, which had failed to yield the results desired.

A GfK market research institute survey on Tuesday showed that December was the third consecutive month of decline in German consumer confidence, Reuters reports. According to the survey, based on a 2,000-strong sample, the German consumer sentiment index dropped from -6.8 in November to -7.3 in December.

While the drop is not as severe as had been anticipated in an earlier Reuters forecast, nonetheless the index dropped to its lowest level since last July.

GfK consumer expert Rolf Bürkl says the situation cannot improve as long as strict measures remain in place, acknowledging that the epidemiological trends must reverse before the restrictions can be relaxed. “At present, the savings indicator is the main factor driving the third decline in a row in the consumer climate,” he concluded.

Unnamed senior government officials predict the strict lockdown, currently planned to last at least until 10 January, is likely to be extended well into the new year.