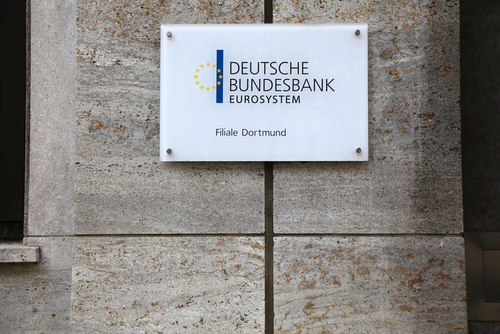 Brussels (Brussels Morning) Germany’s central bank warned on Monday that the country’s economic growth is likely to take a sharp plunge in the final months of 2021, as industry is becoming increasingly burdened by supply shortages, while demand for services is in decline.

In its regular monthly report, the Bundesbank revised its full-year growth estimates, saying it will now likely be significantly less than its June forecast of 3.7%. “Growth is likely to slow significantly in the current quarter”, the central bank said in its release.

At the time of the June forecast, the coronavirus wave had subsided and the German economy was growing fast, whereas now it is stifled by increasingly narrow bottlenecks in the supply chain, which has affected the country’s car industry in particular. Economists also expect that rising energy costs and persistent concerns over the pandemic could further lower consumer sentiment.

Despite the slowdown in the car industry, and in industry in general, consumer orders remain high, which has resulted in an extremely wide gap between demand and production. The Bundesbank also warned that these supply issues, coupled with a reversal in VAT and soaring energy prices, will continue to pressure consumer prices and add to inflation.

The automotive industry is likely to remain held back stifled by the lack of semiconductors, a shortage which could continue well into next year, while the services sector is likely to experience a downturn as coronavirus cases are on the rise once more and the prospect of fresh lockdowns looms.

In parallel with the Bundesbank report, the Ifo institute also reported on Monday that business morale dropped for the fourth consecutive month in October, partly due to problems arising from the supply bottlenecks.
These factors, the central bank concluded, are likely to slow down not just growth in the final quarter of this year, but also to significantly impact the overall figures for 2021, with uncertain consequences for the rest of the European economy.