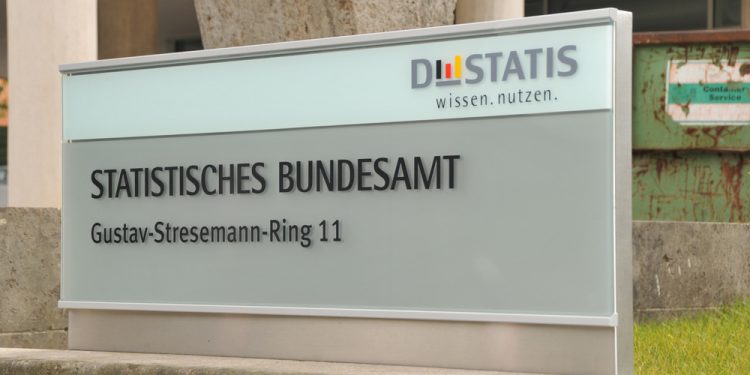 Headquarters of The Federal Statistical Office in Wiesbaden , Germany - Destatis is a federal authority of Germany

The growth in October is lower compared to 2.3-percent growth in September, with imports rising 0.3% following growth of 0.2% the month before.

Economists who took part in a Reuters poll predicted growth of exports of 1.2% and rise of imports of 1%. They expected Germany’s trade surplus would stand at 18 billion euro, which is about 200 million off the actual figure of some 18.2 billion.

ING Research economist Carsten Brzeski points out that “despite the October slowing, the export sector remains one of the few hopes of the German economy to avoid a significant contraction in the fourth quarter.” Longer-term outlook is very mixed, he added, which indicates the sector will struggle to return to levels from before the coronavirus crisis.

Growth of exports in October is in line with records released on Monday that show industrial output grew that month. This suggests Germany’s manufacturing sector focus on exports helped the economy get a good start in the final quarter. Despite the coronavirus lockdown measures, high-frequency data and surveys point towards solid industrial production in November.

The restrictions hit the services sector severely, forcing large parts of the sector to remain closed since 2 November and lowering expectations of GDP growth in the last three months of the year. According to predictions, the German economy will stagnate or contract in the final quarter.

Compared to the second quarter this year, the German economy grew 8.5% in the third quarter, following a drop of 9.8% in the wake of the first wave of the coronavirus pandemic. The Government has increased the deficit to put in place emergency economic measures aimed at helping consumers and companies.