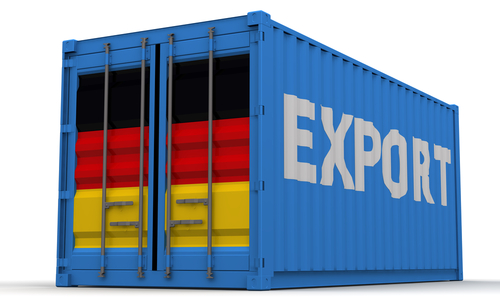 Dirk Jandura, head of Germany’s Federal Association of Wholesale, Foreign Trade and Services, noted that “despite all the negative factors, German foreign trade is at last back at pre-crisis levels”, DW reported on Thursday.

Pointing out that coronavirus pandemic responses had slowed down trade, he predicted that disruptions would persist in the coming months, citing shipping container shortages, lack of skilled staff and more.

Destatis figures show that German exports increased 8.1% year-on-year in October and stood at 121.3 billion euro, representing a seasonally adjusted monthly growth of about 4.1%.

German exports to China, the country’s main trading partner, were up 8.5% compared to October 2020. Exports to other EU member states grew 11.6% on the annual level and exports to non-EU countries were up 4.1%.

Institute for Macroeconomics and Business Cycle Research head, Sebastian Dullien, maintained that the growth of exports could help Germany “avoid a mini-recession at the end of this year” caused by ising coronavirus infections.

He added that the figures suggest German industry is gradually overcoming troubling issues that had been affecting it, like shortages, especially in terms of semiconductors.

However, he warned that the latest wave of coronavirus infections still looms over the industry, representing a risk of “factory closures in Asian countries and renewed difficulties in the supply of components.”

The Association of German Chambers of Industry and Commerce commented that “much of the increase is down to price rises in important semi-finished goods and raw materials that our exporters then pass on to foreign customers.”

Likewise, the Federation of German Industries was unimpressed with the rise, lowering its prediction for a rise in exports from 8.5% to 8% and pointing out that “many sectors, vehicle manufacture in particular, are experiencing problems with the supply of semiconductors.”