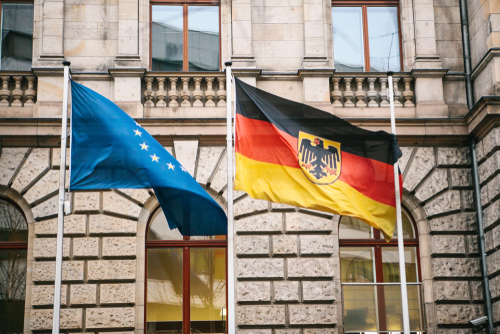 According to the German Federal Statistics Office (Destatis), the price-adjusted GDP was 2.7% higher in 2021 than in 2020, but still 2% lower than in 2019, the last year before the coronavirus pandemic disrupted both the global and German economies.

“The economic development was highly dependent on Covid-19 infection rates and the associated preventive measures also in 2021”, Destatis head Georg Thiel stated on Friday, when presenting the latest report.

“Despite the continuing pandemic situation, more delivery bottlenecks, and material shortages, the German economy managed to recover from the sharp fall last year, although the economic performance has not yet reached its pre-crisis level again”, Thiel noted.

While overall economic levels remained at 2% below pre-pandemic figures, certain economic sectors stood out as being particularly hard-hit by the pandemic measures, global supply chain disruption, or a combination of the two.

Economic performance in the manufacturing sector, for instance, was recorded at 6% below the 2019 levels, which meant that on average it fared much worse than the rest of the economy. Other services like creative activities, sports, culture, and entertainment were hit even harder and were 9.9% below pre-pandemic levels at the end of 2021.

Some mitigating factors did help the economy turn back to growth this year, including a jump in exports and the government-managed massive public spending to soften the economic impact of the pandemic. Another contributing factor was the role of the German biotech company BioNTech, which developed a widely successful mRNA coronavirus vaccine, which it has been distributing in partnership with Pfizer. According to some estimates, BioNTech alone contributed 0.5% to Germany’s economic output last year.