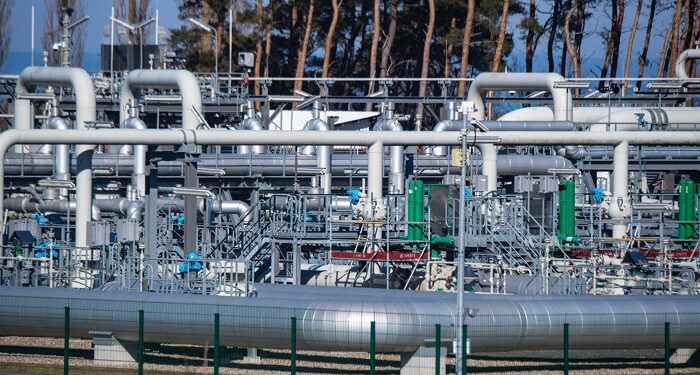 Berlin (Brussels Morning Newspaper) The German finance minister rejected the EU embargo on Russian gas, coal and oil. The move announced by the European Union to impose sanctions on Russia’s energy sector crippled them financially. The increasing death tolls in Ukraine have mounted pressure on the EU to take severe action against the Russian government.

Christian Linder, the German finance minister said “We are dealing with a criminal war. We must end as quickly as possible all economic ties to Russia. We must plan tough sanctions, but gas cannot be substituted in the short term. We would inflict more damage on ourselves than on them”.

Christian Linder also made a point that the European Union could take a much smarter approach by dealing separately with Russian coal, oil and gas rather than imposing a general ban on Russian energy. He believes that substitute suppliers for each of the fossil fuels could be found at varying speeds.

Why Germany cannot stop depending on Russian energy

Just last year, Russia supplied more than half of its natural gas and about a third of all the oil that Germany burned to heat homes, power factories and fuel cars and buses. Germany even relies on almost half of coal imports from Russia for steel manufacturing purposes.

The first natural gas pipeline connecting what was then West Germany to Siberia was completed in the early 1980s. The legacy of the cold war can still have been in the energy infrastructure in Germany’s east which remains directly linked to Russia and making it harder to get oil from other providers.

Since the beginning of the Russian invasion of Ukraine, European leaders have been reluctant to impose any ban on Russian energy imports citing the crisis that the whole of Europe could face but since the news is coming out that Russian forces are continuing to hit civilians, the European leaders are planning to ban Russian energy imports as well.

With the EU planning to impose sanctions on Russia’s energy sector, Officials in Germany are caught between outrage at Russia’s aggression and their continuing need for the country’s essential commodities.

Christian Linder said “It was a mistake that Germany became so heavily dependent on energy imports from Russia”.

Germany’s Economy Minister said that he feels sorry that the country is still dependent on Russia for most of its energy needs and because of its over-reliance on Russia, Germany is suffering big time from the impacts of sanctions imposed by the European Union and other leaders.

Germany’s economy minister spoke out against the ban on Russian imports of fossil fuels and shared how Russia’s gas supply to Germany is critical.

He said, “ I would not advocate an embargo on Russian imports of fossil fuels. I would even oppose it”.

He further added, “We need these energy supplies to maintain the price stability and energy security in Germany”.

He also warned that the shortage of German energy supply could threaten social cohesion in Germany.

In February, Germany stopped the Nord Stream 2 natural gas pipelines that were going to be used to have direct energy supplies from Russia to Germany. German officials made this decision after constant pressure from European leaders.

After stopping the gas pipeline, Germany then joined European nations in introducing a raft of sanctions against Russia over its invasion of Ukraine.

Hebeck said, “ The impact of the sanctions and the war on all sectors of the economy is so strong that we can fear a big impact”.

He also mentioned that we had hoped that we will experience an upswing this spring, a rebound phase but all the hopes seem to be dashed with the effects of war.

Germany takes measures to reduce the impacts of sanctions

The German government has decided to make cheap credit available through its public lender KFW to help compensate for some of the losses.

Habeck said he hoped that the government plans to reduce the impacts of sanctions and high energy prices on businesses and households would prevent a recession.

He said, “ It must be said once again that it is Vladimir Putin alone who has burdened the global community with these consequences”.

How to fill gas in Germany

Germany has planned to build an LNG terminal at its North sea coast which will enable Germany to import gas from other countries in the world. This way Germany is optimistic to reduce its dependency on Russian fossil fuels.

The project will be funded by the public lender Kfw, the dutch state-owned gas company Gasunie and the German RWE energy group.

Liquifying natural gas will make it easier and safer to transport and will enable Germany to import gas from oil-producing countries where Germany can’t connect through the pipeline.