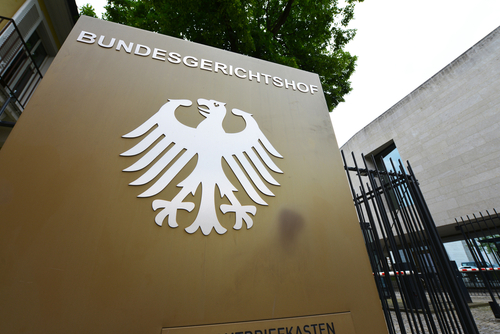 Karlsruhe, Baden-Wurttemberg, Germany - May 18, 2018: Entrance to The Federal Court of Justice in Karlsruhe, Germany - Bundesgerichtshof - BGH - is the highest court in Germany

Brussels (Brussels Morning) A German court today sentenced a former colonel in the Syrian army for crimes against humanity. In a landmark verdict handed out in the first-ever global trial over state-sponsored torture in that Middle-Eastern country, 58-year-old Anwar Raslan was handed a life sentence after being found guilty of overseeing the murder of 27 people at the Al-Khatib detention centre in Damascus, the so-called “Branch 251”. The murders took place between 2011 and 2012.

Raslan deserted the Syrian regime in 2012 and fled to Germany, where he sought asylum. Seeking police protection in Berlin, in February 2015 he disclosed his time in Syria. This led to his ultimately being indicted on charges of crimes against humanity, along with another Syrian national, Eyad al-Gharib.

Al-Gharib’s trial was concluded earlier, and he was sentenced to four-and-a-half years in prison as the lower-ranked defendant, accused of helping to arrest protesters and bring them to the detention centre.

More than 80 witnesses, including 12 regime deserters and numerous Syrian men and women currently in asylum across Europe, testified in the Raslan trial. Some witnesses hid their faces or appeared in disguise, fearing possible consequences for relatives remaining in Syria. Others outright refused to testify.

Those that did take the stand said Raslan personally oversaw rape and sexual abuse in Branch 251, testifying that prisoners were administered electric shocks, beaten with fists and a range of implements, as well as being subjected to sleep deprivation.
Although he was initially accused of overseeing the murder of 58 people and the torture of a further 4,000, not all the deaths were conclusively proven in court. Raslan claimed he had never personally killed or tortured anyone, and said he “did not and would not condone” the abuses committed by the regime.