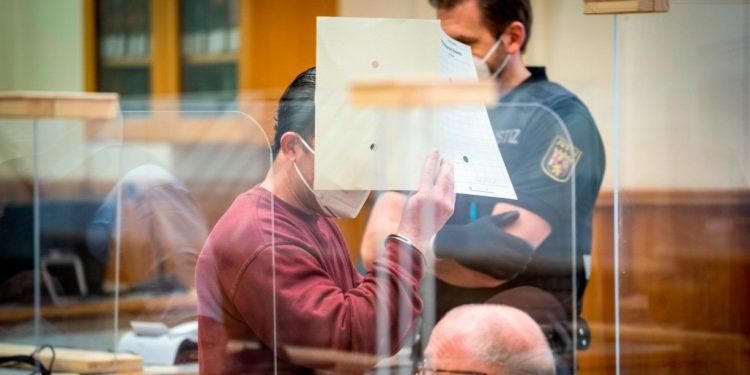 Brussels (Brussels Morning) A former agent of the Syrian secret police was sentenced by a Koblenz court to 4.5 years in prison for his role in facilitating “systemic and brutal torture” of protesters rallying against President Bashar al-Assad’s regime, Deutsche Welle reported.

The verdict marks the first instance of a court outside Syria ruling in a case where government officials were charged with crimes against humanity. German prosecutors invoked the principle of universal jurisdiction, used for serious crimes, to process the case whose perpetrator and victims were on German soil.

The 44-year old Eyad Al-Gharib was charged with being part of a unit that arrested people following anti-government protests in the Syrian city of Douma and took them to a detention centre called Al Khatib, or Branch 251, where they were subjected to systemic torture.

Al-Gharib eventually defected, leaving Syria in 2013, and fleeing to Germany in 2018. After he was recognised by some of his victims, he was arrested in 2019 and brought to trial. One of his superiors, Anwar Raslan, was also arrested, and Al-Gharib decided to testify against him in court, implicating him in murder of at least ten prisoners.

During the trial, Al-Gharib defended himself by claiming that his life would have been forfeit had he refused to execute orders given to him by his superiors. Even though the prosecution asked for a decade-long sentence, the court took his cooperation and testimony as a mitigating circumstance.

The verdict received a mixed response from critics of al-Assad’s regime and human rights activists. The British-based Syrian Observatory for Human Rights praised the sentence as sending a “real message to all those who committed war crimes and crimes against humanity against the Syrian people.”

However, the head of the US-based Syria Justice and Accountability Center, Mohammad Al-Abdallah, a former Syrian prisoner himself, believed that jailing defectors like Al-Gharib would only please al-Assad, “because this will deter anyone else from defecting or joining the opposition or supplying information to human rights groups.”

A verdict in the Raslan case is expected later this year.