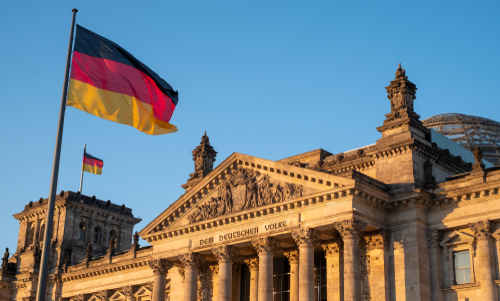 Brussels (Brussels Morning) The German Social Democrats (SPD) called for a start to three-way coalition talks with the Greens and the business-friendly Free Democratic Party (FDP) on Sunday, although the two smaller parties have not yet excluded the possibility of entering a coalition with the Christian Democratic Union (CDU).

The eco-friendly Greens want to decarbonise German industry and narrow the inequality gap between German citizens. They view the SPD as the more likely partner to help them achieve both of these endeavours. The FDP, on the other hand, aims to protect German industry and businesses, and therefore sees the conservative CDU as a better match in this regard.

Even though the SPD emerged as a relative winner from the federal elections late last month, with Chancellor Angela Merkel’s CDU achieving its worst election result in history, no future government will be possible without the backing of both the Greens and the FDP. This means that, for the time being, Merkel’s successor at the helm of the party, Armin Laschet, remains in the running for the next chancellor.

Public opinion, however, is clear – a majority of Germans would prefer to see SPD candidate, Finance Minister Olaf Scholz, at the head of the new government, backed by the two smaller parties.

Negotiations could still take weeks or months, given that it took five months for the outgoing government to form after the 2017 federal elections. While Merkel announced she would retire from politics after she steps down, she will remain in a caretaker role until the next government is sworn in, which, potentially, could lead to her giving her 17th annual address to the Bundestag.

While all options remain open, the Greens appear to be leaning in the SPD’s direction, having announced that any potential coalition agreement will have to be vetted by vote of all party members – something that is likely to fail if the issue is a coalition that includes the CDU. The Greens’ youth organization, for instance, has already issued a statement opposing a coalition with the conservatives.