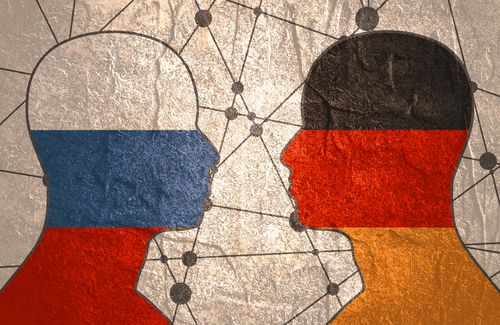 The announcement comes at a time when Germany faces criticism for sending mixed messages on the situation in Ukraine, DW reports.

Scholz begins a visit to the US on Sunday and is scheduled to meet President Joe Biden on Monday.

Scholz informed his ZDF interviewer that he had “spoken with the Russian President” previously. According to German government briefing records, the two spoke once after Scholz assumed the office of Chancellor at the end of December.

In contrast, France’s President Emmanuel Macron had two telephone calls with Putin in the recent days, Italy’s Prime Minister Mario Draghi spoke with him on Tuesday and UK Prime Minister Boris Johnson discussed the situation in Ukraine with the Russian President on Wednesday.

In the interview, Scholz dismissed concerns that Western allies might perceive Germany as unreliable, stressing “that won’t happen… our allies know exactly what they have in us.”

He added that the German government is pursuing two strategies – offering talks to defuse the situation and threatening Moscow with sanctions if it attacks Ukraine.

Commenting on concerns that war could break out, Scholz stressed that everyone should “use this double strategy to ensure that this does not happen.”

His Social Democratic Party (SPD) has come under fire for what critics view as its lack of unity on how to handle the Ukraine issue.

Scholz rejected the idea that the party is not united on its approach to the situation in Ukraine. “The SPD is very united and stands behind the policies followed by the Chancellor”, he insisted.

However, Scholz has been criticised for delaying the decision to identify the SPD’s pet project Nord Stream 2 as a potential sanctions tool against Russia and for refusing to send arms to Ukraine.

Instead, Germany sent 5,000 helmets to Ukraine, a gesture Defence Minister Christine Lambrecht asserted was a “very clear sign” that the German government stands with Ukraine.