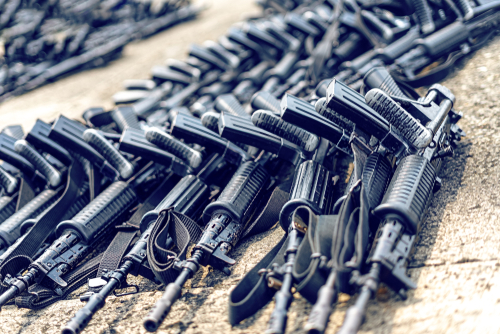 He noted that Germany adheres to strict criteria when it comes to arms exports, which is why the country declined to supply Ukraine with weapons, according to DW reporting on Monday.

While Germany decided against providing Ukraine with arms, the US and the UK sent deliveries including anti-tank weapons, ammunition, and handguns. The German ruling coalition has adopted a restrictive arms export policy under which the country does not deliver arms to crisis regions.

In an interview with the Washington Post, he stressed that Russia would pay a “high price” if it attacks Ukraine. He is to attend a meeting with US President Joe Biden later today to discuss the build-up of Russian troops near the border with Ukraine.

Sholz pointed out that Germany “is the strongest economic supporter of Ukraine,” noting that it provided the country with roughly US$ 2 billion in the last seven years.

Responding to criticism of Germany’s position in NATO, Scholz stressed that “Germany has the largest defence budget in continental Europe” and contributes “to the NATO response forces with thousands of German soldiers.”

Answering to a reporter who asked whether Germany would halt the Nord Stream 2 gas pipeline if Russia attacks Ukraine, Scholz did not go into detail, but stated that Germany’s “answer would be united and decisive.”

“It is absolutely clear that in a situation like this all options are on the table,” he continued.

The US, Ukraine, and some EU member states have criticised Nord Stream 2, warning that it would strengthen Russia’s position and increase Europe’s dependency on Russian gas.

Scholz pointed out that Germany is “working very hard to use all the channels of talks that we have now” and added that he is to attend a meeting with Russian President Vladimir Putin in Moscow later this month.

Answering a reporter who asked about Germany’s efforts aimed at reducing dependence on Russian gas, Scholz noted that the government is starting “a complete modernization of energy production and supply in Germany.”

He predicted that “in 2045, we will be absolutely independent of the import of gas, oil, and coal to Germany because we will just rely on renewable resources.”