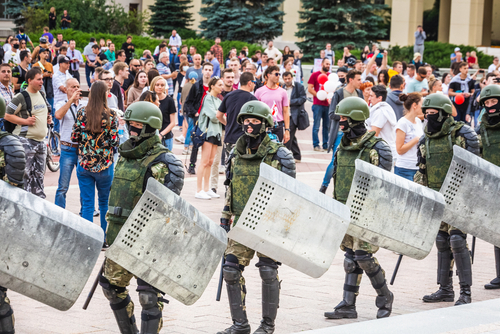 In a video podcast earlier this week, Merkel expressed admiration for the protesters who face government repression and added that Germany’s plan to help the opposition should include providing refuge for activists and politicians who are fleeing Belarus.

“With it, persecuted opposition and people in humanitarian need will be more easily able to receive visas and asylum with us,” she noted and added that the German government wants “to help traumatized victims of torture but also to provide scholarships or grants and to support independent media.”

Merkel reminded about her meeting with Belarusian opposition politician Sviatlana Tsikhanouskaya in Berlin and added that activist Maria Kalesnikava was detained and unable to leave Belarus.

She expressed belief that Germany’s efforts and EU’s moves “will not decide the conflict between justice and oppression in Belarus,” stressing that change can only come from within. However, Merkel pointed out that external support will encourage the opposition.

Miguel Berger, Director General of Economic Affairs and Sustainable Development at the Federal Foreign Office, noted that the Ministry will soon discuss how many Belarusians will be granted refuge in Germany.

“We have only just agreed within the federal government to start such a program,” he noted and added that special attention will be paid to those under severe pressure “who no longer see a future for themselves in Belarus because of the state’s repression.”

Berger stressed the importance of supporting the civil society in Belarus, pointing out that athletes who criticised the government are facing repression and adding that the situation is similar in arts and journalism.

He expressed belief that Germany’s efforts aimed at tracking repression in Belarus will show those responsible for it “that they can be brought to account.” Berger pointed out the idea came from NGOs and other EU member states, concluding that gathering evidence of human rights violations is the first step in addressing the problem.