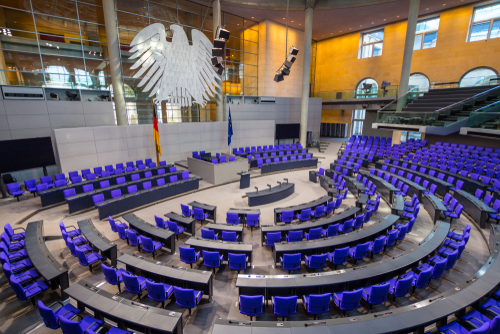 Löbel’s company reportedly earned some 250,000 euro in commissions for brokering sales contracts for personal protective equipment between a supplier in the Baden-Württemberg state and two companies based in Mannheim and Heidelberg.

Ahead of local elections in Baden-Württenmberg, calls have been growing for Löbel to resign so as not to damage CDU’s prospects in the polls. The CDU candidate for state’s governor, Susanne Eisenmann publicly singled him out and said it is “unacceptable for parliamentarians to enrich themselves in this serious crisis”.

On Friday, Löbel resigned from the party’s parliamentary caucus and offered an apology. It did little to placate his critics. On Monday, Löbel conceded and resigned his seat, pledging not to run for re-election, adding that he was doing so “in order to avoid further damage to the party”.

A colleague from the Bavarian sister-party Christian-Social Union (CSU), Georg Nüsslein, also faces calls to resign for similar reasons. He too is the target of a legal probe over mask procurement deals.
Nüsslein denies any wrongdoings, but has agreed to resign from the parliamentary caucus. However, he has determined to hold onto his seat in the Bundestag until the next federal elections in September. This, despite calls from CSU head Markus Söder to resign beforehand.