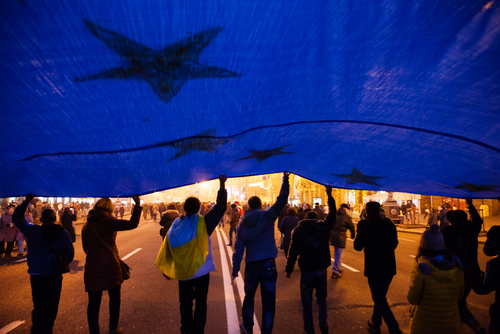 Brussels (Brussels Morning) Ukraine, Georgia, and Moldova held an EU summit on Monday in the Georgian city of Batumi and, in the presence of visiting European Council President Charles Michel, declared their joint determination to attain future EU accession.

The declaration emphasised that all three are united in their commitment to achieving the shared goal of accession to the European Union and that they there is no alternative worth consideration. Michel described the meeting “as an important milestone”.

All three countries are former Soviet republics, whose citizens and governments are increasingly turning away from Moscow and towards the West, at a time when Moscow-backed politicians and political parties still seek to hold sway. All three signed an agreement on political association and economic integration with the EU in 2014.

Another unifying feature that the three share is that not one of them fully controls its own territory. Each has a pro-Russian, Moscow-backed enclave within its borders. Moldova’s Transnistria region is a de facto independent country, although internationally recognised as being part of Moldovan territory.

Georgia’s breakaway enclaves of Abkhazia and South Ossetia achieved their independence through Russian direct military support, while Moscow’s forces were also behind the annexation of Ukraine’s Crimea peninsula and indirectly support the rebels in the Donbas region.

The declaration by the three countries also notes that “no third party could influence this sovereign choice” to aspire towards EU membership. This appears to be directed at Russia, for so long opposed to NATO and EU expansion into the east, especially into former Soviet countries, which Moscow continues to consider to be a part of its sphere of influence and strategic interest.

Despite the declared aspirations of the three countries, the EU enlargement process remains stalled, with most EU members experiencing so-called “enlargement fatigue”, which is keeping the process on the backburner. While in line for accession, countries of the Western Balkans each face a number of serious challenges, making it unlikely that any will be joining the Union before 2025.