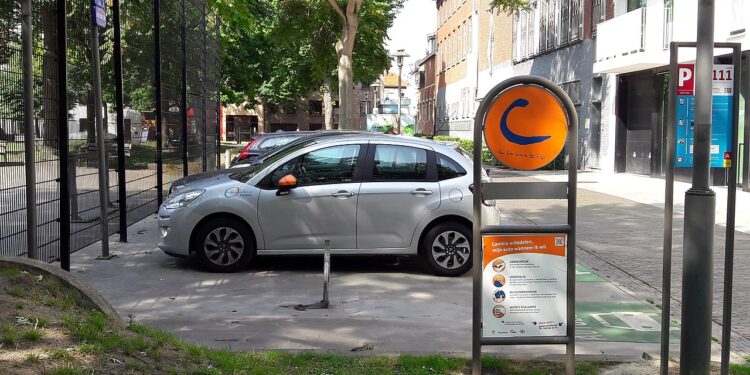 BRUSSELS (Brussels Morning) – In Ganshoren, a change of majority has approved a proposal to provide nine additional places for Cambio shared cars. Some members of the majority coalition (ProGanshoren, Défi and MR) had voted against or abstained because they did not want the places to be at the expense of existing parking spaces. The proposal was supported by members of the opposition.

There would be nine new parking spaces for Cambio cars, spread across the municipality. That excludes two members of the majority coalition (ProGanshoren, Défi, MR). Serge Janssen (MR) and Philippe Van Kerk (Défi) voted against because the places are at the expense of existing parking spaces. Some councilors from ProGanshoren, the mayor’s party, abstained.

Thanks to the support of opposition parties Groen/Ecolo and N-VA, the proposal could still be approved.

It is striking that municipal councilor and voter against Serge Janssen sits for the same party as alderman of Mobility Magali Cornelissen (MR), who defended the proposal during the city council.

Alderman of Mobility Magali Cornelissen is pleased that the proposal has been finally approved. “Those who vote against think it is up to the public services to provide private parking. We even have a total of 5,000 public parking spaces in our municipality.”

“This goes against our principles. We promised our constituents to free up more parking spaces, not less. Now we’re doing the opposite,” it sounds.

According to resident Arne Smeets, who is also an activist of citizens’ initiative 1083/0 that strives for more road safety, those who vote against are actually thwarting themselves. Smeets refers to a study, conducted between 2012 and 2017 in German cities, which concludes that for every shared car with a fixed station, 9 cars disappear. “The Cambio cars therefore contribute to solving the parking problem,” says Smeets.

Is the Ganshoren coalition thus showing a crack? Not at all, emphasises Van Kerk. “It’s not because we disagree on one point that the coalition is in danger, far from it.”