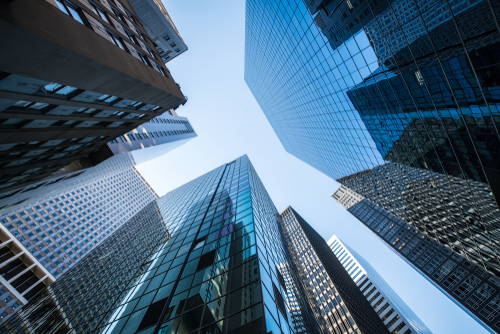 Why Capital Markets are irrational and irresponsible

Berlin (Brussels Morning) The hype surrounding the “Gamestop” affair shows how little we still know about financial markets. But nobody asks why so many highly talented people with so much money are allowed to do nothing but make nonsensical bets day after day.

The Gamestop company has made enormous headlines in recent days. Its shares have become the subject of a “financial war” in which, according to many observers, small investors are giving evil short sellers in various hedge funds hell. However, small investors are sitting on unrealistically valued shares and will lose billions.

What is completely lost in the coverage by international news reporting is the question of why we spend even a second on such an absurd betting story. Obviously, the word “market” clouds the brains of all who have grown up with the idea that we are dealing with efficient financial markets capable of doing what governments could never do, namely finding the right price for every asset class.

No matter what oddities one may observe in “the markets”, it is undeniable in the eyes of the market faithful that “in the end” the right price emerges. Ultimately, we leave it to these markets, the financial markets first and foremost, to evaluate the economic policy of states and to give international trade a secure monetary foundation. Why don’t we question the work of these markets as fundamentally as they deserve?

Here, too, the prevailing economic theory has ensured that criticism of market activity is branded as unscientific from the outset. The dominant thinking on capital markets is informed by the so-called Efficient Market Hypothesis (EMH), which holds that an efficient market uses all the information available.

However, there is no guidance as to what constitutes efficient pricing. Therefore, the efficient markets theorem cannot be empirically tested. Consequently, EMH sets the average of the market as a benchmark for efficiency.

At the core of the EMH problem is its philosophical basis.

The idea of the efficient use of all available information goes back to Friedrich August von Hayek, who argued as early as the 1940s that only markets are capable of intelligently bundling the infinite amount of information into consistent decision-making signals for all market participants. And this is the idea that cannot be dismissed for all markets on the basis of micro level analysis.

Each participant comes to the market with information gathered from their immediate environment, derived from their communications with clients and suppliers. In each instance, this information is independent, having been generated at the micro level. The special thing about this information is, so to speak, its individuality, its emergence at the level of the individual household or company. The processing of this enormous amount of information results in a multitude of interrelated market prices, which in aggregate inform all market participants.

A planning state can neither copy nor replace this complex process.

False valuation is the rule

In such an environment, it is perfectly rational to speculate on which interpretation of the data the majority of market participants will adopt. After all, what determines the price is not whether the value of the title at hand corresponds to the objective circumstances of supply and demand, but what the majority of market participants consider to be an appropriate interpretation of the data. This opens the door to all kinds of bets in the famous derivative investment products.

In these markets, homogeneous information leads to herding – i.e. largely similar behaviour by many “investors” – and that causes massive price distortions. Clearly wrong pricing is the norm. Herding is exactly the opposite of Hayek’s idea of the many individually generated pieces of information that the market bundles. In the herd, the “investors” usually follow economic information provided by politicians or central banks, regardless of whether it is interpreted appropriately or inappropriately. The fact that every now and then short sellers counter the herd movement when the “valuations” of the mass are absurd does not change the overall nonsensical nature of the market.

The absurdity of the system is evidenced by the fact that herd predictions are fulfilled as long as they are believed. An upward movement in the price of an asset, be it a currency, a share, a mortgage derivative or a commodity derivative, once underway, makes all investor-speculators richer and virtually invites new “investors” to jump in. Currency speculation is precisely a case in which wrong prices can be corrected, because there is an economic guideline to evaluate exchange rates that functioning markets cannot ignore.

The neoclassical notion that when a wave of speculation is underway it will be balanced by a countermovement is no longer naïve – just simply homicidal. Financial markets do not fulfil any of the informational processes required for a corrective process. The fact that the prevailing theory of economics ignores this information dynamic and the destabilising effects of currency speculation cannot be justified. Such a selective reading of empirical reality cannot be called science.

Politicians could have understood this long ago, but they lacked the courage to systematically deal with financial market failure. In Europe in particular, under Germany’s intellectual leadership, people still cling to the idea that gambling financial market participants can be entrusted without further ado to decide over the interest rate at which any EMU member state can borrow money in capital markets.

This is grotesque, especially in view of unfolding stock market events. Even if one does not want to intervene in the stock markets, it must be clear that an irrational and irresponsible market mechanism should not determine commodity prices, currency exchange rates or government bond yields.