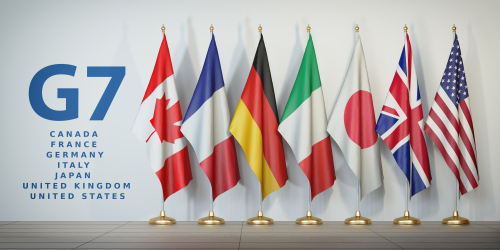 Brussels (Brussels Morning) The G7 group of the world’s richest nations reached a consensus during the weekend summit in the UK on a common approach to China on trade and human rights, drafting a plan to provide a transparent infrastructure partnership for developing nations.

According to White House sources, the so-called Build Back Better World (B3W) initiative will help narrow the 40-trillion dollar gap developing nations will need to fill with infrastructure projects by 2035, which China has aggressively pushed to provide through its Belt-and-Road initiative.

“This is not just about confronting or taking on China”, a senior official in Biden’s administration told Reuters. “But until now we haven’t offered a positive alternative that reflects our values, our standards and our way of doing business”.

Without providing details as to how the plan would work or how much capital it would allocate, the White House noted the G7 and its allies will use the new initiative to mobilise private capital in areas such as climate, health and health security, digital technology and gender equity and equality.

The G7 nations are lagging well behind China in providing infrastructure and financing to the developing world. Beijing already has signed agreements with more than 100 countries to construct Belt and Road infrastructure projects, such as railways, ports, highways and other key infrastructure. The projects are usually constructed by Chinese companies, with loans provided by Chinese banks.

The White House official accused China’s Belt and Road initiative of suffering from “a lack of transparency, poor environmental and labour standards, and coercive approach”, while conceding that the West had so far failed to offer a positive alternative.

Coming out of the G7 summit, US officials also claimed the leaders of other participating countries – the UK, France, Germany, Canada, Italy, Japan, as well as EU representatives –  reportedly reached consensus on the need for a shared approach to the “non-market economic practices” of China, as well as its human rights abuses, and that they had agreed to coordinate on supply-chain resilience.