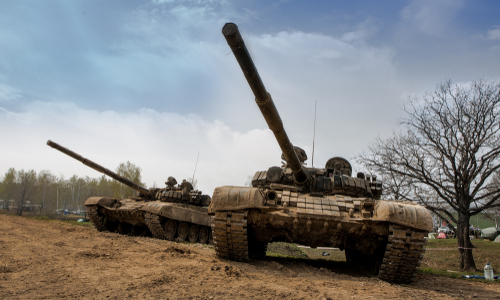 Brussels (Brussels Morning) In a joint statement issued on Monday, the foreign minister of G7 countries and the EU expressed “deep concerns” about the large, ongoing build-up of Russian military forces on the country’s border with Ukraine, as well as in illegally-annexed Crimea.

“These large-scale troop movements, without prior notification, represent threatening and de-stabilising activities”, the ministers said. “We call on Russia to cease its provocations and to immediately de-escalate tensions in line with its international obligations”.

The ministers of France, the US, the UK, Canada, Japan, Germany, Italy, together with EU High Representative Josep Borrell, stated their “unwavering support for the independence, sovereignty and territorial integrity of Ukraine within its internationally recognised borders”, while also putting on record that they “support Ukraine’s posture of restraint.”

The group, once known as the G8 became the G7 when the seven leading economic powers expelled Russia in 2014, after unmarked Russian troops seized Crimea and held a local referendum on rejoining Russia. The referendum results were widely rejected by the international community, including the United Nations.

In parallel with the annexation of Crimea, pro-Russian separatists occupied parts of Ukraine’s eastern Donbass region, where they have been fighting Ukrainian troops for the past seven years, sustained by covert support in resources, training and personnel from Moscow.

After a recent surge in ceasefire treaty violations, Moscow has begun amassing troops on its side of the border with Ukraine, refusing international calls to de-escalate the rising tensions. International observers fear a single mistake by either side could quickly result in an all-out war between Ukraine and Russia.
Ukraine’s President Volodymyr Zelensky spent the last week trying to find and persuade international allies within NATO to support his country’s accession to the alliance, claiming it offered the only solution to end the conflict in Donbass.